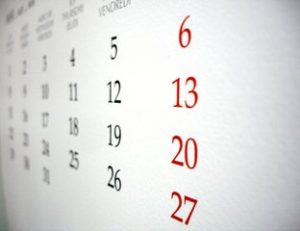 In Commonwealth v. White, the Supreme Judicial Court reversed the single justice’s order reinstating the defendant’s direct appeal forty-five years after his conviction of first-degree murder; and (2) authorized White to challenge his conviction by means of a motion for a new trial under special conditions.

The background was as follows. In 1972, “White and [a] codefendant … were each convicted of two counts of murder in the first degree and [a related offense.]” The SJC affirmed the codefendant’s convictions on direct appeal. However, “White’s direct appeal was never properly perfected, … although he did at various times make efforts toward that end, sometimes pro se and sometimes represented by counsel. Among other things, his counsel filed a petition with a single justice of [the SJC] for late filing of an … appeal in … 1974, which was allowed. But it appears that the appeal was never actually entered, and that no further action was taken to prosecute the appeal for an additional eighteen years when, in … 1992, White, through new counsel, [unsuccessfully sought] an order [from the single justice] directing the Superior Court clerk to transmit the record to [the SJC] so that [White] could pursue his direct appeal. Then, in July, 2014, White filed, again with a single justice, a pro se motion for leave to file a late notice of appeal, and, in September, 2014, a pro se petition pursuant to G.L. c.211, §3, to reinstate his direct appeal. Counsel was appointed to represent White on these matters…. [T]he single justice eventually allowed White’s petition to reinstate his direct appeal in … 2016. She also allowed his motions to file a late notice of appeal and to appoint appellate counsel for purposes of the reinstated direct appeal.” The Commonwealth appealed.

In its decision overturning the single justice’s rulings, the SJC stated that it “agree[d] with the basic premise of the single justice’s decision, i.e., that if the defendant was deprived of his right to pursue a direct appeal as a result of the ineffective assistance of his trial or appellate counsel in failing to preserve and perfect that right, then he is entitled to a remedy…. [However, the SJC] disagree[d] with the single justice … as to her choice of the appropriate remedy in these circumstances. The single justice was of the view that reinstating the direct appeal — such that the issues would be considered in the first instance by [the SJC] pursuant to G.L. c.278, §33E — was the best course.” In the SJC’s view, “White has a constitutionally adequate alternative that better fits these circumstances. Specifically, he can file a motion for a new trial in the Superior Court …, have his issues considered on the substantive merits in that context, and appeal to [the SJC] in the event his motion is denied.” The SJC added that “[r]equiring White to proceed in this fashion … will not … prejudice him in any way provided we impose certain protections for his benefit…. [I]f the motion for a new trial is denied, White must have an unfettered right to appeal from that ruling; he will not be required to obtain leave to appeal from a single justice under the gatekeeper provision … of … c.278, §33E…. [Also,] if there is an appeal, it should come directly to [the SJC], as a direct appeal following the conviction would have, and ‘the standard of review [will not be] the more stringent one that applies “once the [appellate] process has run its course.”’ [Commonwealthv.] Frank, [425 Mass. 182,] 185 [1997], quoting Commonwealthv. Amirault, 424 Mass. 618, 637 (1997)…. Finally, [White] will at that time receive the benefit of [the SJC’s] plenary review of the case, pursuant to … c.278, §33E, just as he would have on a direct appeal. These conditions assure that the process we are prescribing will indeed be the functional equivalent of, and a constitutionally permissible substitute for, [White’s] lost right to a direct appeal.”

The importance of properly filing and litigating an appeal in a criminal case cannot be overstated.  If you or a loved one has been convicted in a criminal case, it is crucial that you have an attorney who is well versed in appellate law and who will make sure that your rights to an appeal are preserved, thoroughly researched, and persuasively argued.  Attorney Daniel Cappetta has handled numerous motions for a new trial and direct criminal appeals.  Call him today and put his expertise to work for you.