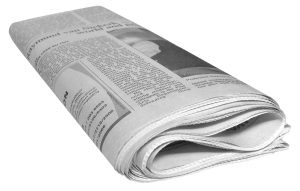 The Appeals Court affirmed the revocation of the defendant’s probation in Commonwealth v. Pereira, rejecting the defendant’s argument that the judge abridged “the defendant’s free speech rights under the Federal and State constitutions when he found that she had violated the no-contact condition [of her probation] by making statements about the victim in an article published in a newspaper.”

The background was as follows. In July, 2015, “the defendant pleaded guilty to … larceny over $250, involving embezzlement from her brother’s … construction business in Brockton, where she had worked as a bookkeeper…. The judge sentenced [the defendant] to five years of probation, with [a] condition[], among others, that she … stay away from the victim’s residence and place of employment, and have no ‘direct or indirect contact’ with him, his wife, or their children…. The defendant signed, thereby agreeing to obey, the order of probation conditions…. [A month later], [she] was issued a notice of surrender and hearing for alleged violations of probation[,] … [including] violation of the no-contact condition.”

At the final probation revocation hearing, there was testimony (1) “that after the defendant had pleaded guilty, the victim had made comments about her, including that she was a ‘scum bag,’ in an article about the case that appeared in the Enterprise [a newspaper with wide circulation in the Brockton area] on July 17”; and (2) that “[o]n July 28, a second article appeared in the Enterprise, stating that the defendant had called the newspaper to say, among other things, that she ‘“covered up” things for [the victim] while she was a bookkeeper for his company’ and that she had ‘enough evidence against him that will probably put both of us in jail’…. The victim testified that he had read this article and had interpreted the defendant’s comments as ‘threats that she had information that she was going to put [him] … in jail.’ The victim explained that seeing the article had [had a negative effect on] him emotionally.” In closing argument at the hearing, defense counsel “assert[ed] that the defendant had a constitutional right to make comments about the victim in the newspaper, in order to defend her reputation against his prior remarks about her in the same newspaper. The judge rejected the defendant’s free speech argument and found that she had violated the no-contact condition of her probation by ‘issuing [the victim] a threat.’…. Consequently, he vacated the order of probation” and imposed a term of incarceration. On appeal, the defendant contended “that her statements to the newspaper, because they did not constitute a constitutionally unprotected ‘true threat,’ could not be viewed as violating the no-contact condition.”

In its decision, the Appeals Court stated, “Although the defendant is correct that her remarks were not a ‘true threat,’ she overlooks an important principle governing a probation condition such as hers. ‘Judges are permitted significant latitude in imposing conditions of probation, … and “[a] probation condition is not necessarily invalid simply because it affects a probationer’s ability to exercise constitutionally protected rights.”’ Commonwealthv.Rousseau, 465 Mass. 372, 389-390 (2013) (quotation omitted). Courts have previously upheld conditions of probation that affect First Amendment rights so long as they are ‘reasonably related to a valid probation purpose.’ Commonwealthv. Power, 420 Mass. 410, 417 (1995), cert. denied, 516 U.S. 1042 (1996)…. A probation condition forbidding contact with, including threats to, the victim has a clear rational relationship to [two such] goals: encouraging the defendant’s acceptance of responsibility for the crime and protecting the victim, as a member of the public, from further harm, whether emotional, physical, or financial, at the hands of the defendant.”

Probation violation hearings are particularly challenging – there is a lower standard of proof at probation violation hearings than at a trial, and judges often tend to defer to the probation officer.  In light of these hurdles, it is extremely important that you have a skilled and experienced attorney to represent you at any such hearing.  A familiarity with the court, probation officer, and/or judge may be helpful in favorably resolving an alleged violation.  Attorney Daniel Cappetta is a former Middlesex assistant district attorney, and has also worked for many years as a defense attorney. He has a unique perspective, and knows the ins and outs of both sides of the courtroom.  Call today for a free consultation and benefit from his substantial legal experience.