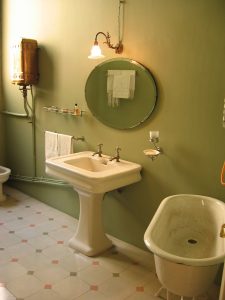 In Commonwealth v. Drayton, the Supreme Judicial Court affirmed the allowance of the defendant’s motion for a new trial on a first-degree murder indictment, based on newly discovered hearsay evidence which the Court deemed admissible pursuant to a “narrow, constitutionally based exception to the hearsay rule.”

The background was as follows. The defendant was convicted of shooting the victim in the apartment of James Jackson. The Commonwealth’s case was based almost entirely on the testimony of Jackson, who said he saw the defendant shoot the victim. A year and a half after the trial, a woman named Debra Bell “came forward and stated in an affidavit that Jackson could not have witnessed the shooting because” at the time it occurred, he was with Bell in the bathroom of the apartment “‘smoking crack cocaine and engag[ing] in sexual acts.’” In her affidavit, Bell “stated that she was diagnosed with metastatic cancer” and that ‘[b]ecause of the uncertainty of [her] medical condition,’ she did not want the fact that she did not disclose what she knew about the shooting of [the victim] on her conscience.” She explained that in “her initial statement to police,” she had not revealed what she knew because “she was ‘afraid of the officers[]’ [and] ‘did not want to get involved in the case.’” “[Bell] died shortly after providing the affidavit [to the defendant’s counsel]. The defendant moved for a new trial on the basis that this affidavit was newly discovered evidence, but the trial judge denied the motion,” on the grounds that “the evidence was inadmissible [hearsay] and [that] impeachment evidence alone is ordinarily insufficient to obtain a new trial.” In response to the defendant’s appeal from that ruling, the SJC, in Commonwealthv. Drayton, 473 Mass. 23 (2015) (Drayton I), “remand[ed] the case for an evidentiary hearing on the motion … to determine whether ‘[Bell’s] affidavit falls within a narrow, constitutionally based exception to the hearsay rule, which applies where otherwise inadmissible hearsay is critical to the defense and bears persuasive guarantees of trustworthiness.’ [Id.] at 25. On remand, the judge determined that [Bell’s] affidavit fell within the exception and granted the defendant’s motion for a new trial. The Commonwealth appealed.”

In its decision, the SJC stated that Bell’s “affidavit is admissible because it would have been critical to the defense and it bears ‘persuasive assurances of trustworthiness.’ Drayton I, 473 Mass. at 36, quoting Chambersv. Mississippi, 410 U.S. 284, 302 (1973). Furthermore, the affidavit is newly discovered evidence and casts real doubt on the justice of the defendant’s conviction[].” The SJC cited several factors as supportive of its decision. First, “as [the Court] noted in Drayton I, ‘[t]he problems with Jackson’s credibility were legion.’” For example, “[h]is testimony at trial contradicted” his 911 call reporting the shooting, in which he “stated that an unknown assailant [not the defendant] pushed through the door” of the apartment and shot the victim. Moreover, there was substantial corroboration of Bell’s affidavit, in the form of affidavits from Bell’s sister Betty Jo and from a man named Anderson. Betty Jo attested that Bell occasionally mentioned having been in the bathroom with Jackson at the time of the shooting and “that ‘just before’ [Bell] died,” she expressed a desire “to ‘clear her conscience’” by revealing the truth about what happened. Anderson provided two affidavits to the defendant’s counsel, “stat[ing] that he went to Jackson’s] apartment on the day of the shooting to purchase crack cocaine,” that as he “turned to leave” he observed Jackson entering the bathroom with Bell, that he (Anderson) then “passed two men arguing in the hallway,” and “that ‘[b]efore [he] got to the corner, [he] heard what sounded like gun shots coming from the area of the apartment.’” The SJC also noted that Bell’s affidavit did “more than just impeach Jackson’s testimony.” Rather, it “undermine[d] the Commonwealth’s entire case against the defendant.”

If you or a loved one has been convicted of a crime and there is newly discovery evidence that sheds light on the wrongfulness of this conviction, you will need a skilled and experienced attorney to zealously represent you and fight to right this wrong. Attorney Daniel Cappetta has successfully handled numerous motions for a new trial and always gets the best outcome for his clients.  Call him today for a free consultation.