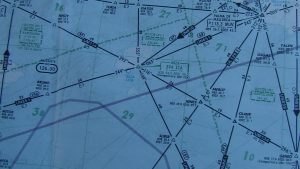 The Appeals Court recently issued a decision in Commonwealth v. Luna reversing the trial court’s denial of the defendant’s motion to suppress items seized during the warrantless search of his vehicle. The reversal was based on the ground that “the Springfield police exceeded their territorial jurisdiction” by conducting the search in Chicopee.

The basic facts were as follows. A Springfield police officer (Bruno) was told by a confidential informant that the defendant would make a delivery of heroin in East Springfield at a specified place and time. “According to the informant, [the defendant] would be driving a black Mini Cooper automobile, and the informant provided the license plate number.” The police possessed information that the defendant had residences at the Toll House Apartments in West Springfield and at 122 Beauregard Terrace in Chicopee. Two hours before the time of the predicted drug delivery, “surveillance officers observed the defendant … leave the Toll House Apartments, place two large plastic containers in the back seat of the Mini Cooper, and drive it to 122 Beauregard Terrace in Chicopee. There, the defendant approached a red Honda automobile parked at the end of the driveway, opened the trunk with a key, and retrieved a black plastic bag the size of a softball. He then reentered the Mini Cooper and drove in the direction of East Springfield. The police followed in unmarked vehicles. When the Mini Cooper was within approximately two miles of the [location of the anticipated transaction], the defendant began driving in an erratic manner,” as if he “was attempting to determine if he was being followed. The police stopped the Mini Cooper…. Bruno removed the defendant and conducted a patfrisk for weapons. He felt a large bulge in the defendant’s pocket, which he recognized … as packets of heroin. He then removed a black bag from the defendant’s pocket, which appeared to be the one he had observed the defendant remove from the trunk of the red Honda…. Bruno also removed a set of Honda car keys … from the defendant’s person. The defendant was arrested…. Bruno and other officers returned to 122 Beauregard Terrace in Chicopee, arriving within ten to fifteen minutes of the defendant’s arrest,” and “entered the Honda using the keys obtained from the defendant. Several bricks of heroin and a firearm were seized from the trunk.” After the return of indictments against the defendant, he moved to suppress the items seized from the Honda. The judge denied the motion.

In its decision overturning the judge’s ruling, the Appeals Court opined that “the Springfield police lacked authority to conduct a warrantless … search” of the defendant’s Honda in Chicopee. The Court stated, “It is well settled that ‘[a] police officer lacks authority to act outside his or her jurisdiction, unless specifically authorized by statute or in the performance of a valid citizen’s arrest at common law.’ Commonwealth v. Twombly, 435 Mass. 440, 442 (2001)…. The Commonwealth cites no authority, and we have found none, permitting a warrantless search by a Massachusetts police officer acting outside his territorial jurisdiction. Here, it is undisputed that the warrantless search of the Honda was conducted by the Springfield police in the city of Chicopee, outside the territorial jurisdiction of the Springfield police department…. Thus, the Springfield police acted outside their authority, and the contraband seized from the Honda in Chicopee should have been suppressed.”

Although various exceptions to the warrant requirement do exist, anytime the Commonwealth attempts to use one of these exceptions to validate a warrantless search, such a claim must be carefully assessed. If you or a loved one is facing criminal charges because of a search similar to the one conducted in this case, you may well have an argument that any evidence recovered as a result of the search should be suppressed. Attorney Daniel Cappetta has successfully represented clients at motion to suppress hearings many times. Put his expertise to work for you and call him for a free consultation today.