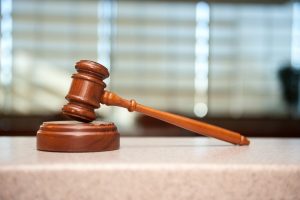 In Commonwealth v. Vasquez, the Supreme Judicial Court ruled that although the judge erred in admitting evidence of prior misconduct by the defendant that resembled his conduct in the present case, the error did not create a substantial likelihood of a miscarriage of justice.

The background was as follows. “[T]he defendant drove up to a group of people and began arguing with some of them. The victim approached the automobile and attempted to defuse the situation, saying, ‘It[‘s] me, JM, it’s me, your brother.’” “The defendant responded, ‘[J]ust get the fuck off my window,’ and drove away.” He “returned … five minutes later and continued to argue with some of those present. The victim, who again approached the automobile and leaned into the driver’s side window, tried once more to calm down the defendant. Suddenly, the defendant reached out, shot the victim at close range, and drove away.” “A witness testified that, approximately one month before the shooting, [he] observed the defendant engage in a verbal argument with a third individual and then leave the area. The defendant returned approximately twenty or thirty minutes later and displayed what appeared to be the … handle of a semiautomatic firearm underneath his shirt when asking for the whereabouts of the individual with whom he had argued.” On appeal, the defendant argued, in regard to his display of a weapon during the prior incident, “that the probative value of this ‘propensity’ evidence was substantially outweighed by its prejudicial effect, and that its introduction require[d] a new trial.”

In its decision, the SJC opined that “the admission of testimony regarding a prior instance of the defendant’s threatening display of a … firearm was error.” In the Court’s view, that testimony improperly suggested that the defendant’s actions during the prior incident were similar to his actions during the shooting of the victim in this case. In each instance, “the defendant was said to have argued with one or more people, left the area, and then returned. Given the similarity of the defendant’s actions in each [incident], the jury could have determined that if he behaved in that particular way a month beforehand, he must have been the person who shot and killed the victim. In this instance, the risk of prejudice was high and outweighed the probative value of the testimony.” The Court concluded, however, that in the totality of the circumstances, including the overwhelming evidence of the defendant’s guilt, the erroneous admission of the improper testimony did not create a substantial risk of a miscarriage of justice.

“Propensity” evidence is some of the most dangerous evidence facing a defendant at a criminal trial. It is of the utmost importance that you have an attorney who can cogently, persuasively, and successfully argue that such evidence should be excluded at trial. Attorney Daniel Cappetta is a former prosecutor, and has been practicing criminal defense for many years. He knows the ins and outs of both sides of the courtroom and will make sure that the Commonwealth’s evidence is properly held in check so that you get a fair outcome. Call him for a free consultation today.