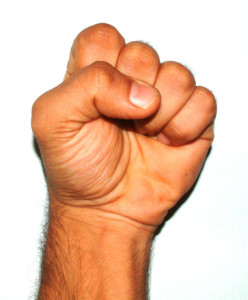 In August of 2014, the Massachusetts state legislature passed An Act Relative to Domestic Violence, which was signed into law by then Governor Deval Patrick shortly thereafter. The Act made various changes to the state’s domestic violence laws. Among other modifications, the Act created a first offense domestic violence assault and battery charge, established a domestic violence offender registry, and provided education for judges and prosecutors about cycles of abuse. As to the domestic violence offender registry, the law states that, pursuant to G.L. c.276, §56A, “every case in which a person is arrested and charged with a crime against the person or property, if the Commonwealth alleges that domestic abuse occurred ‘immediately prior to or in conjunction with’ the charged crime, the Commonwealth is to file a written statement that it does so allege, the judge is to make a written ruling that the Commonwealth does so allege, and the Commonwealth’s written statement is then to be entered into the Statewide domestic violence record keeping system (DVRS).” The law states that the “DVRS is a registry of sorts, established by the commissioner of probation …, [which] includes … [computerized] records of the issuance of and any violations of criminal or civil restraining or protective orders…. Records in the DVRS are available only to law enforcement and ‘judges considering petitions or complaints’ for restraining and protective orders.” The new law does not, however, lay out the legal requirements for a judge to issue such written ruling; the statute is silent as to the standard of proof, evidentiary standard, and/or factors the court should consider when making its decision. In light of the lack of clarity, there have been questions as to how to implement this portion of the statute.

In a recent decision issued by the Supreme Judicial Court: Commonwealth v. Dos Santos, the trial judge grappled with the domestic violence offender registry requirements and ultimately asked the Appeals Court for guidance. Specifically, under the Massachusetts Rules of Criminal Procedure Rule 34, a trial court judge may report a question of law to the Appeals Court if the trial judge determines the issue so important or doubtful as to require the decision of the Appeals Court.

In the Dos Santos case, the defendant was arrested for pushing his wife in the context of their marital difficulties. The defendant was charged with assault and battery on a family member. At his arraignment, prior to his release on conditions, “the Commonwealth submitted a preliminary written statement pursuant to §56A, alleging that domestic abuse occurred immediately prior to or in conjunction with the defendant’s charged offense.” The judge, however, declined to make a written ruling that domestic abuse was alleged out of concern that the statutory language violated constitutional principles of due process and separation of powers and instead reported the question pursuant to Rule 34.

In its decision, the SJC declined to address the constitutional issues, but clarified the meaning of the statutory language requiring that the judge make a “written ruling that abuse is alleged.” The Court rejected the Commonwealth’s contention that under the statute, the judge plays a purely ministerial, record-keeping role, i.e. that his or her task is “simply [to] affirm the [prosecution’s] allegation of domestic abuse in writing without making any independent determination whether the allegation has any validity.” In the Court’s view, the Commonwealth’s position “would strip the [statutory] word or term ‘ruling’ of its typical significance,” “connot[ing] an act involving judgment.” Rather, the Court stated that it “interpret[s] §56A to mean that before a judge makes a ‘written ruling that abuse is alleged in connection with the charged offense,’ the judge must inquire into and be satisfied that there is an adequate factual basis for the [Commonwealth’s] allegations of abuse” “to warrant [their] entry into the DVRS for reference and use in later proceedings.” The Court noted that “[d]etermining whether there is an adequate factual basis does not mean that the judge must determine that there is probable cause to believe that abuse occurred in connection with the charged offense.” Rather, “the judge must review information concerning the abuse allegation proffered by the Commonwealth … and then decide whether this information, assuming its credibility, would support a finding of ‘abuse,’” “as the term is defined in G.L. c.209A, §1.”  The SJC stated that the judge is not required to take evidence or hold a separate hearing, and that the inquiry would presumably be undertaken at the time of arraignment in conjunction with the judge’s bail determination.”

The Court’s decision still leaves open the constitutional issues raised by the trial court judge, and other aspects of the new law may likewise implicate, and violate, a defendant’s constitutional rights. If you or a loved is charged with a domestic violence offense, you will need an experienced attorney who is ready and willing to make any and all challenges necessary to protect your rights. Attorney Daniel Cappetta does not shy away from hard work or difficult fights – his representation is thorough and complete. Call him for a free consultation today.