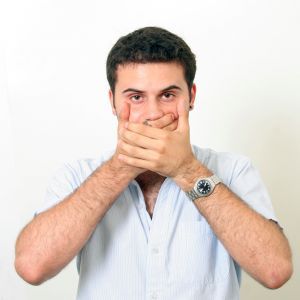 In its recent decision in Commonwealth v. LeClair, the Supreme Judicial Court reiterated that a witness’ ability to properly invoke his Fifth Amendment privilege does not depend on whether the prosecutor specifically intends to actually prosecute the case, rather what matters is whether the witness’ testimony could be used in a criminal prosecution, or could lead to other evidence that might be so used.

The facts of the case are as follows: in May of 2012, the defendant was arraigned on a charge of assault and battery as a result of an incident between him and his girlfriend. The alleged incident took place at a friend’s apartment. The friend, Mark Sheehan, was present in the apartment at the time of the alleged incident, and the Commonwealth summonsed him to testify at the trial. The trial judge appointed an attorney to represent Sheehan with respect to a potential assertion of his Fifth Amendment privilege against self-incrimination. Sheehan’s attorney reported to the court that Sheehan did indeed have a Fifth Amendment privilege not to testify, because, based on his answers to the questions expected to be posed to him, the testimony could expose him to criminal charges of possession of a controlled substance and conspiracy to violate the drug laws. The attorney further stated that Sheehan intended to assert his Fifth Amendment privilege.

Following a brief hearing, the judge ruled that Sheehan’s invocation of the privilege was not valid because Sheehan had not shown that he faced a real risk that his answers to questions would tend to incriminate him. The trial then started and the Commonwealth called Sheehan to the stand. The prosecutor did not ask Sheehan about his use of any illegal drugs during the evening prior to the alleged incident. On cross-examination, however, the defendant’s attorney did inquire as to Sheehan’s use of illegal drugs. Sheehan again attempted to invoke his Fifth Amendment privilege, but the judge ordered him to respond. Sheehan then answered two more questions, again, as a result of the judge’s orders. After those two questions were answered, Sheehan, upon advice of his attorney, continued to invoke his privilege and refused to respond to the defense attorney’s questions concerning his use of illegal drugs. The judge told Sheehan that his refusal to answer the questions based on a mistaken invocation of the Fifth Amendment privilege would result in a charge of contempt. The Commonwealth then filed a written statement with the court stating that it had no present, nor future interest in the prosecution of Sheehan for the illegal drug activity to which he would potentially be testifying. Sheehan, however, continued to invoke his Fifth Amendment privilege. The judge then found Sheehan in contempt and imposed a sentence of ninety days’ incarceration, but stayed the proceedings so that Sheehan could appeal the court’s ruling.

The SJC held that Sheehan did have a valid Fifth Amendment privilege, and that the judgment of summary contempt should not have entered. The Court stated that the Fifth Amendment privilege protects a witness’ right against self-incrimination, and states that no person shall be compelled in any criminal case to be a witness against himself. The Court further stated that the privilege may be invoked whenever a witness reasonably believes that the testimony could be used in a criminal prosecution, or could lead to other evidence that might be so used. A refusal to testify on Fifth Amendment grounds must be upheld unless it is “perfectly clear, from a careful consideration of all the circumstances in the case,” that the answers cannot possibly incriminate the witness.  The Court stated that it was clear that Sheehan’s anticipated testimony would have been an admission of violations of the drug laws that would tend to incriminate Sheehan, that the testimony could lead to other evidence that might have been used in a criminal prosecution, and therefore that Sheehan’s invocation of the privilege not to testify was justified. The Court was not swayed by the fact that the substance allegedly used by Sheehan was not available to be tested, as proof that a substance is a particular drug may be made by circumstantial evidence, and, in any event, such testing would not be required in a prosecution for conspiracy to violate the drug laws.  The Court also added that any admission by Sheehan to drug use on the night in question might have been used in questioning others concerning Sheehan’s drug use on that night, or to provide leads for a subsequent criminal investigation.  The Court cited to the fact that the Fifth Amendment privilege extends to both answers that would in and of themselves support a conviction, as well as those answers that would furnish a link in the chain of evidence needed to prosecute the witness.  Finally, the Court stated that the Commonwealth’s statement that it did not intend to prosecute Sheehan did not render Sheehan’s invocation of his Fifth Amendment privilege invalid, as the practical possibility of prosecution is irrelevant: what matters is whether the Commonwealth could prosecute, not whether it necessarily would.

If you or a loved one is currently charged with a crime that involves a witness that wants to invoke a potential Fifth Amendment privilege, or if you yourself are a witness with a potential privilege, you need a defense attorney who knows how to stop the court and the Commonwealth from forcing you, or a witness in your case, to present constitutionally privileged testimony. Attorney Daniel Cappetta is an experienced and skilled attorney who has litigated numerous cases, and knows how to protect against such violations. Call him for a free consultation today.