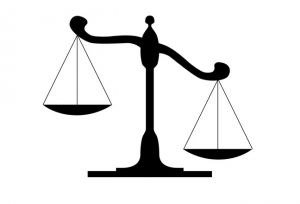 In Commonwealth v. Brown, a unanimous Supreme Judicial Court, pursuant to its authority under G. L. c.278, §33E, reduced the defendant’s conviction of first degree felony-murder to second degree murder, and a majority of the Court ruled “that the scope of felony-murder liability should be prospectively narrowed, [such] that, in trials that commence after the date of the opinion in this case, a defendant may not be convicted of murder without proof of one of the three prongs of malice.”

The background was as follows. On the evening of the incident in question, “the defendant was a passenger in a [vehicle] that was being driven around [a] section of Lowell. The other occupants of the vehicle were [three of the defendant’s] friends,” Hernandez, Hill, and Doby. Hernandez, the driver, parked the car. [He and] Hill … got out of the vehicle and Hernandez removed a firearm from the trunk.” “[W]hile the defendant and Doby waited in the vehicle,” Hernandez and Hill confronted two women who were walking down the street. “Hill stood and watched from a few feet away as Hernandez, gun in hand, grabbed [the women’s] purses. The two men returned to the vehicle, and Hernandez drove away.” Later that night, at the defendant’s apartment, “Hernandez stashed the handgun he had used in the robbery (a nine millimeter pistol) in a kitchen cabinet.” Later, at around midnight, Jamal and Karon McDougal and a friend of theirs (Silva) visited the defendant’s apartment. In the defendant’s presence, “Jamal asked Hernandez if he wanted to participate in” a robbery and Hernandez agreed to do so. “Silva joined them as the getaway driver…. Hernandez retrieved his gun from the kitchen cabinet … and tucked it inside his waistband…. Hernandez asked the defendant for a hooded sweatshirt so that he could ‘hide his face.’…. The defendant gave Hernandez a … hooded sweatshirt…. Jamal and Karon also borrowed hooded sweatshirts from the defendant. Before leaving, Jamal asked to borrow the defendant’s ‘burner’ (gun)…. The defendant … gave Jamal a .380 pistol that had been stored underneath his bed.” Jamal, Karon, Hernandez, and Silva left the defendant at his apartment and drove to the townhouse where the two intended victims resided. Jamal, Karon, and Hernandez barged into the townhouse. In the ensuing chaotic altercation, the residents were shot to death. The intruders departed without taking any of the victims’ belongings. “Police recovered five nine millimeter cartridge casings from” the crime scene. The perpetrators drove back to the defendant’s residence where Hernandez talked about having shot the victims. “Jamal returned the defendant’s gun to him…. Within an hour of the shootings, Lowell police” “stopped [Hernandez’s] vehicle, arrested Hernandez and Hill, and found the gun Hernandez had used in the shooting hidden in the trunk.” A few days later, the defendant was interviewed by the police. He admitted that he had given his gun to the perpetrators and “that he believed they were going to rob someone, based on conversations that he overheard inside his apartment and the fact that Hernandez had robbed two women earlier that evening.” At the defendant’s trial, the Commonwealth’s theory was “that the defendant was liable as an accomplice to felony-murder because he supplied [the perpetrators] with a pistol and provided hooded sweatshirts to [them] to help them conceal their identities.” The defendant was convicted of two counts of first degree felony-murder and related offenses, “with the underlying offenses of attempted armed robbery and [armed] home invasion as the predicate felonies.” In his appeal, “[t]he defendant’s primary argument … [was] that the Commonwealth failed to produce sufficient evidence to prove that he … shared the intent of the other participants to commit” the underlying felonies. “The defendant contend[ed] also that [the SJC] should abolish the felony-murder rule” as unconstitutional.

In its decision, the SJC ruled that “[t]here was sufficient evidence from which a reasonable jury could have found … that the defendant knowingly participated in the predicate felonies…. In his statement to police, the defendant admitted that he gave the gun to [the perpetrators] knowing that it was going to be used in a robbery…. The jury also reasonably could have found that the defendant gave hooded sweatshirts to his accomplices to help them avoid detection.” The Court concluded, however, pursuant to its authority under G.L. c.278, §33E, that the defendant’s involvement was “in the ‘remote outer fringes’ of the attempted armed robbery and armed home invasion,” Commonwealth v. Rolon, 438 Mass. 808, 824 (2003), such that reduction of the verdicts to second degree murder would be more consonant with justice. Furthermore, the Court rejected the defendant’s argument that the felony-murder rule should be abolished.

However, a majority of the SJC, in a concurring opinion by Chief Justice Gants (joined by three other justices), stated, “[I]t is time for us to narrow the scope of liability for [the] common-law crime [of felony-murder]…. [W]e should abandon the fiction of constructive malice — that where a killing occurs in the commission of a felony, the intent to commit the felony is sufficient alone to establish malice…. [F]ollowing the issuance of this … opinion, … a conviction of felony-murder will require a finding of actual malice, not merely constructive malice. As a result, felony-murder will no longer be an independent theory of liability for murder. Rather, felony-murder will be limited to its statutory role under G.L. c.265, §1, as an aggravating element of murder, permitting a jury to find a defendant guilty of murder in the first degree where the murder was neither premeditated nor committed with extreme atrocity or cruelty but was committed in the course of a felony punishable by life imprisonment.” In future cases, “[t]he sole remaining function of felony-murder will be to elevate what would otherwise be murder in the second degree to murder in the first degree where the killing occurs during the commission of a life felony.” “This will entirely eliminate the concept of ‘felony-murder in the second degree.’ See Model Jury Instructions on Homicide 58-63 (2013).” Referring to the Court’s decision to reduce the defendant’s conviction in this case to second degree murder, Chief Justice Gants stated, “General Laws c.265, §1, provides that ‘[t]he degree of murder shall be found by the jury’ but we have held that this statutory directive cannot be met when a defendant is charged with felony-murder and the only underlying felony is a life felony, because in such a case ‘no reasonable view of the evidence supports a conviction of murder in the second degree.’ See [Commonwealth v.] Paulding, 438 Mass. [1,] 3 [2002]. As a result, when a defendant fatally shoots a victim but does not do so during the commission of a felony, the jury must be given the option of finding the defendant guilty of murder in the second degree. But when a defendant, as in this case, provides a weapon and hooded sweatshirts to friends to help them commit what turns out to be a botched armed robbery, the jury is denied that option.” “It is not the fault of the jury that the verdicts they reached are not consonant with justice; it is the fault of our common law of felony-murder.”

This decision marks an important change in the law for all defendants charged with committing a murder in the commission of a felony. Likewise, it symbolizes the importance of having an attorney who is willing to fight for changes in the law, and who is up to date on changes that have recently occurred. If you or a loved one has been charged with a criminal case, you will need a defense attorney who is able to come up with creative new arguments, who aware of developing law, and who knows how to use such changes to his clients’ advantage. Attorney Daniel Cappetta is such an attorney. Contact him for a free consultation today.