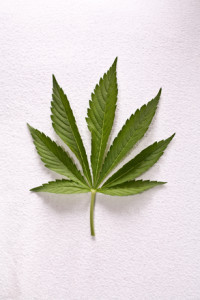 The Supreme Judicial Court recently issued a decision – Commonwealth v. Gerhardt – on the admissibility of field sobriety tests for marijuana use. The decision was issued in response to four reported questions by a trial judge in Worcester Country. In its opinion, the SJC set forth guidelines regarding “the admissibility of field sobriety tests (FSTs) where a police officer suspects that a driver has been operating under the influence  of marijuana.”

The background was as follows. At 12:20 a.m. of the date in question, a state trooper (French) stopped the vehicle being driven by Gerhardt because the rear lights were not on. French approached the vehicle, in which the defendant and two passengers were seated. The trooper “saw smoke inside the vehicle” and “detected ‘the distinct odor of burnt marijuana.’” He “asked when the occupants had smoked marijuana. One of the passengers responded that they had smoked about twenty minutes previously. Gerhardt said that it had been about three hours earlier. French walked to the driver’s side of the vehicle and noticed that the light switch was in the ‘off’ position. He asked Gerhardt how much he had smoked. Gerhardt responded that he had smoked approximately one gram of marijuana. French then asked Gerhardt to step out of the vehicle to perform” FSTs. “French administered a number of [tests], including the horizontal gaze nystagmus test (HGN); the nine-step walk-and-turn test (WAT); and the one-leg-stand test (OLS). French also asked Gerhardt to recite the alphabet from D to Q and to count backward from seventy-five to sixty-two. Gerhardt had no nystagmus indicators, and was able to recite the requested portion of the alphabet and to count backwards.” However, he did not perform the WAT or the OLS as instructed.” As a result, “French concluded that Gerhardt was under the influence of marijuana.” Subsequently, Gerhardt was charged “with operating a motor vehicle while under the influence of drugs, pursuant to G. L. c.90, §24(1)(a)(1), and traffic violations.” “Gerhardt filed a motion for a Daubert–Lanigan hearing, seeking to challenge the admissibility of evidence concerning his performance on [the] FSTs conducted after the stop…. After an evidentiary hearing, [the] judge reported four questions …, pursuant to Mass. R. Crim. P. 34[:] ‘1. Whether police officers may testify to the administration and results of standard [FSTs] in prosecutions for [o]perating [u]nder the [i]nfluence of [m]arijuana as they do in [o]perating [u]nder the [i]nfluence of [a]lcohol prosecutions? 2. Are the effects of marijuana consumption sufficiently within the common knowledge and experience of a lay person, such that a non-expert witness may offer opinion evidence whether a person is “high” on marijuana? 3. May a police officer, who has not been qualified as an expert witness, testify to the effects of marijuana on a person such as bloodshot eyes, lack of coordination and/or balance, reaction times, slow speech, paranoia, or relaxed responses[?] 4. May a juror rely on their own experience and common sense about the effects of marijuana as they may do in an [o]perating [u]nder the [i]nfluence of [a]lcohol prosecution?’”

In its decision, the SJC answered the first reported question, “‘No.’ Police officers may not testify to the administration and results of FSTs as they do in operating under the influence of alcohol prosecutions.” The Court explained that the FSTs “were developed specifically to measure alcohol consumption, and there is wide-spread scientific agreement on the existence of a strong correlation between unsatisfactory performance and a blood alcohol level of at least .08%. By contrast, in considering whether a driver is operating under the influence of marijuana, there is as yet no scientific agreement on whether, and, if so, to what extent, these types of tests are indicative of marijuana intoxication.”

The SJC answered the second reported question, “‘No.’ A lay witness may not offer an opinion that another person is ‘high’ on marijuana.” However, stated the Court, “[a] lay witness may testify concerning a defendant’s observable appearance, behavior, and demeanor.”

The Court answered the third reported question, “‘Yes.’ A police officer may testify to observed physical characteristics of the driver such as blood shot eyes, drowsiness, and lack of coordination. The officer is not permitted to offer an opinion that these characteristics mean that the driver is under the influence of marijuana.” “The introduction in evidence of the officer’s observations of what will be described as ‘roadside assessments’ [not as tests] shall be without any statement as to whether the driver’s performance would have been deemed a ‘pass’ or a ‘fail.’”

The Court answered the fourth reported question, “‘Yes.’ Jurors are permitted to utilize their common sense in assessing trial evidence.” However, stated the Court, “[i]n all circumstances, … it must be made clear to the [jury] that the WAT, the OLS, and the other FSTs do not directly test marijuana impairment” and “that evidence of performance on FSTs, alone, is not sufficient to support a finding that a defendant’s ability to drive safely was impaired due to the consumption of marijuana.” In an Appendix to its decision, the SJC set forth “[a] model jury instruction regarding FSTs, to be used in prosecutions for operating under the influence of marijuana.”

This is an important case for anyone charged with operating under the influence of marijuana. The decision puts limitations on the admissibility of field sobriety tests, which will in turn exclude potentially damaging evidence at trial. If you or a loved one has been charged with OUI marijuana, you will need the assistance of a skilled attorney who can put the benefit of this ruling to use in your case. Attorney Daniel Cappetta has handled numerous OUI drug cases and helped his clients get the best results possible. Contact him today.