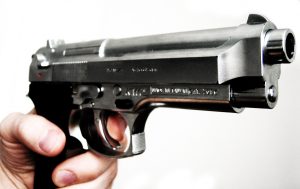 In Commonwealth v. Wardsworth, the Supreme Judicial Court ruled that the occurrence of four trial errors required that the defendant’s convictions of first degree murder and related offenses be reversed.

On appeal, the SJC reversed the defendant’s convictions on the basis of the following four trial errors. First: “[T]he judge erred in allowing [statements by Daughtry to the police] to be introduced under the joint venture exemption to the hearsay rule,” even though the “statements were not made during and in furtherance of a joint venture.” Daughtry told the police that after he heard gunshots in the area of the Academy Homes, “he walked around a building and encountered the defendant and a man named ‘Dee’ on the street. Daughtry described the defendant and Dee as having been dressed in gray and black hooded sweatshirts,” respectively. That description was not offered in furtherance of an ongoing joint venture. Rather, it was an “attempt[] to exculpate [Daughtry] himself,” while “inculpat[ing] the defendant and Dee in the shooting.” Moreover, opined the Court, the admission of Daughtry’s statements violated the defendant’s confrontation rights under the Sixth Amendment because the primary purpose of the statements was testimonial and Daughtry did not testify at the defendant’s trial. “Where an individual does not appear at trial, that individual’s ‘testimonial’ out-of-court statements are not admissible against a criminal defendant absent unavailability and a prior opportunity for cross-examination. See Crawford v. Washington, 541 U.S. 36, 68 (2004).”

Second: The judge erred in permitting police Detective Merced, a gang expert, to testify that the defendant was a member of the Walnut Park gang, even though “Merced lacked a basis in personal knowledge” for reaching that conclusion. During a voir dire on this issue, “Merced explained that he believed the defendant belonged to a gang … because the defendant was listed in the Boston regional intelligence center ‘gang database.’” However, the fact that other, unidentified “officers had formed the opinion that the defendant fit the criteria” for gang membership did “not constitute [a] proper foundation for Merced’s opinion.”

Third: The Commonwealth was erroneously permitted to elicit testimony from four police officers describing what they observed in a surveillance video depicting the shooting. The officers stated that, in their opinion, the perpetrators in the video closely resembled the defendant and Daughtry. This lay opinion testimony was improper because the officers were in no better position than the jury to assess whether the video depicted the defendant. “[T]he jury were able to view the same surveillance footage that the officers watched. So, too, the jury were able to examine the appearance of the defendant on the night of the shooting, including [his] clothing,” because “[p]hotographs of the defendant taken that night, as well as the clothing itself, were introduced in evidence.” Therefore, “[i]t was the province of the jury, and not the officers, to determine whether the defendant” was depicted in the video.

Fourth: In closing argument, the prosecutor erred in telling the jury that there were eighty-four witnesses prepared to testify for the Commonwealth, but that she had presented only twenty- seven because she “‘need[ed] to decide to present to you what is admissible and what is relevant.’” The SJC opined that “it is improper for an attorney to ‘imply that [she] knew more about the case than [she] had presented in court.’ See Commonwealth v. Dinkins, 415 Mass. 715, 725 (1993).” Moreover, “[a]ttorneys are explicitly barred from arguing that they would have been able to ‘parade witness after witness’ into court, but for evidentiary limitations. See Commonwealth v. Dirgo, 474 Mass. 1012, 1016 (2016).”

What evidence is admitted against a defendant at trial can make or break a case.  If you or a loved one is facing criminal charges, it is of critical importance that you have an attorney who is well versed in evidentiary law and who will fight to exclude harmful evidence that the Commonwealth may seek to admit again you.  Attorney Daniel Cappetta is an extremely experienced attorney who knows how to zealously advocate to exclude such evidence, and preserve any and all evidentiary issues for appeal.  Call him for a free consultation today.