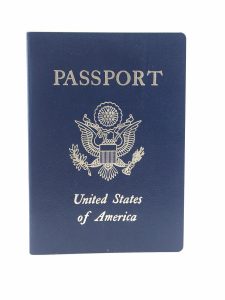 The Supreme Judicial Court affirmed the defendant’s conviction of first degree murder in Commonwealth v. Chicas, ruling that the judge did not abuse her discretion in ordering that the trial testimony be communicated “through two translators — Spanish translated into English for the jury, which was then translated back into Spanish for the defendant” at counsel’s table.

The background was as follows. The defendant and the victim were involved in an altercation at a party. “[T]empers boiled over and the defendant punched the victim in the face.” Eventually, the defendant and a co-venturer “brought the victim outside the house, where they” beat him to death. At the commencement of the trial, the judge told the parties that she was going to use two interpreters, the first to translate the non-English speaking witnesses’ responses into English for the jury and the second to translate what the jurors heard in English back into Spanish for the defendant at counsel’s table. Defense counsel agreed with this procedure. However, on appeal, the defendant argued that the procedure impeded his ability “to hear actual witness testimony,” in violation of his right to due process.

Also in its decision, the SJC rejected the defendant’s contention that the judge violated his right to confrontation “by precluding him from inquiring about the citizenship or immigration status of certain witnesses.” The context of this issue was as follows. “The Commonwealth anticipated that six or seven of its witnesses would be undocumented immigrants…. At trial, the defendant sought to ask all of the Commonwealth’s witnesses whether they were citizens of the United States in an attempt to put forth the inference that they were undocumented and, because they were undocumented, they may be inclined to cooperate with the Commonwealth.” During a sidebar discussion, the judge placed limits on the expansive inquiries sought by the defendant. “The judge ruled that she would permit the defendant to probe a witness’s citizenship status” only where the defendant was able to lay a foundation demonstrating that he knew or had a good faith basis to believe that “‘there ha[d] been any discussion [between the witness and] any member of law enforcement about [the witness’s] citizenship status.’” In support of the judge’s view of this matter, the SJC stated, “The defendant asks [us] to hold that a witness’s status as an undocumented immigrant impugns that witness’s credibility — even without the specifically articulated expectation of favorable treatment with respect to his or her citizenship status.” However, “[t]here is no reason to believe that the fact that the witnesses may not have been legal residents of the United States was” suggestive of an inability to be truthful.

If you or a loved one is facing a similar situation, you will likewise need an experienced attorney to act on your behalf. Attorney Daniel Cappetta knows how to properly investigate a case, including exploring witnesses’ potential cooperation with the Commonwealth for a variety of reasons, and zealously advocate on behalf of his clients. Call him for a free consultation today.