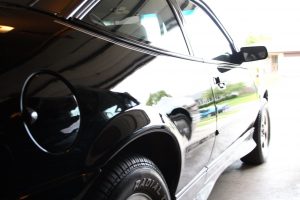 In Commonwealth v. Zagwyn, the Supreme Judicial Court reversed the defendant’s conviction of negligent operation of a motor vehicle under G.L. c.90, §24(2)(a), on the grounds that the evidence was insufficient to support the conviction.

In its decision, the SJC noted that “[a] conviction of negligent operation requires a showing that the defendant operated the vehicle ‘negligently so that the lives or safety of the public might be endangered.’ G.L. c.90, §24(2)(a). The statute ‘only requires proof that the defendant’s conduct [in operating the vehicle] might have endangered the safety of the public, not that it in fact did.’ Commonwealth v. Ferreira, 70 Mass. App. Ct. 32, 35 (2007)…. In other words, ‘it is the operation of the vehicle itself that is the crime.’ Commonwealth v. Constantino, 443 Mass. 521, 526 (2005).” Thus, stated the Court, “[t]he question [in this case was] whether evidence of operating a motor vehicle with a faulty headlight and rear license plate while under the influence of alcohol [was] sufficient to prove negligent operation, when there [was] no other evidence of negligent operation.” The Court concluded that “[i]n the circumstances presented, the scant evidence of a broken headlight and a broken license plate light, even when coupled with proof of intoxication, [was] insufficient to warrant a finding that the defendant actually operated his vehicle in such a way as to endanger the lives or safety of the public when there [was] no other evidence of negligent operation.”

If you or a loved one is charged with negligent operation and operating under the influence, it is extremely important that you have an attorney who is familiar and up to date with the case law, and who is able to specifically use this case to your advantage. Attorney Daniel Cappetta is well versed in the law and has successfully defended many clients in similar cases. Call him for a free consultation today.