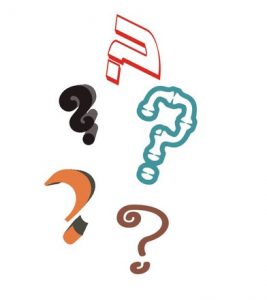 decision, Commonwealth v. Espinal, the Supreme Judicial Court affirmed the defendant’s conviction of indecent assault and battery on a child under the age of fourteen, ruling that in the circumstances of this case, the judge did not abuse his discretion in “denying [the defendant’s] request that a question be posed collectively to potential jurors about bias toward non-English speakers.” However, the Court urged judges to be responsive to such requests in appropriate circumstances in the future.

The background was as follows. The twelve year old complainant alleged that the defendant, her babysitter’s boyfriend, forced her to drink wine and “‘sucked [her] tongue’ with his mouth.” The complainant told her father about the incident and he testified as the first complaint witness at the defendant’s trial. “Throughout trial, the defendant required the use of a Spanish-speaking interpreter. Before trial, the defendant submitted a written request that” the judge ask the venire, “‘Do you have any problem with a defendant that requires the services of a Spanish-speaking interpreter?’” Defense counsel stated that the reason for the request was “concern [about] racial bias, or some sort of ethnic bias. There’s a lot of people that believe that if you’re in this country and you don’t speak English, that you’ve done something wrong, period.” Upon inquiry by the judge, defense counsel indicated that the defendant and the complainant had a common ethnicity (Hispanic). The judge then denied the defendant’s request. On appeal, the defendant challenged the judge’s refusal to pose the requested question to the venire.

In its decision, the SJC stated, “The record on appeal contains a significant number of studies that indicate disparities in rates of conviction and the severity of sentences imposed between defendants who used interpreters and those who did not. Given these disparities, we recognize the importance, in appropriate circumstances, of questioning the venire, at least collectively, concerning language-related bias.” The Court noted, however, that “[t]he surveys and studies that the defendant proffers on appeal were not before the trial judge. Nor did the defendant draw the judge’s attention to any cases that recognized language-related bias…. Rather, counsel relied on her assertion that” many people “‘believe that if … you don’t speak English, … you’ve done something wrong….’ A defendant’s ‘bare allegation’ that there exists a ‘widespread belief’ that could result in bias is not sufficient to cause us to conclude that the judge abused his discretion by declining to conduct voir dire on the issue. See Commonwealth v. Sheline, 391 Mass. 279, 290-291 (1984).” “Going forward, however, we anticipate that where a defendant is entitled to the services of a translator because of an inability to speak English, the judge will, on request, ordinarily pose a question to the venire regarding language-related bias.”

Also in this decision, the SJC opined that the testimony of the victim’s father — the first complaint witness — “that he told his sister ‘what had happened’” “should not have been admitted … [because] [w]illingness to tell another individual about an allegation implies a belief in the allegation.” However, the Court concluded that the erroneous admission of the father’s statement did not create a substantial risk of a miscarriage of justice.

If you or a loved one is charged with a crime and will need the assistance of an interpreter at trial, it is critical that you have an attorney who is up to date on the law and who will use this case to zealously advocate for you.  Attorney Daniel Cappetta is an experienced trial attorney who makes sure all of his clients’ rights are protected.  Call him for a free consultation today.