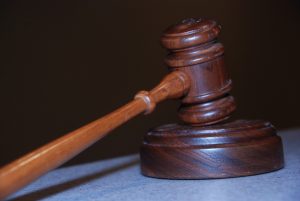 The Supreme Judicial Court recently issued a decision addressing the affirmative defense of lack of criminal responsibility. In the case – Commonwealth v. Lawson – the SJC affirmed the defendant’s convictions for assault and battery on a police officer, resisting arrest, and related offenses. Although the Court found that the judge properly denied the defendant’s motion for required findings of not guilty by reason of lack of criminal responsibility, it reviewed the standard and determined that the presumption of sanity alone is not sufficient to sustain the Commonwealth’s burden of proving criminal responsibility beyond a reasonable doubt.

The SJC held “that, under current case law, the Commonwealth [was] correct,” but then “revisit[ed] the doctrine arising from that case law” and concluded that the weight of the “presumption of sanity” should be reduced. The Court stated, “[T]he ‘presumption of sanity’ is not truly a presumption but rather an inference that the defendant is probably criminally responsible because most people are criminally responsible for their acts. Where a defendant proffers a defense of lack of criminal responsibility and there is some evidence that supports it, this inference, standing alone, cannot support a finding that a defendant is criminally responsible beyond a reasonable doubt. In light of its decision reducing the significance of the presumption of sanity, the SJC ultimately retracted the directive that it had issued in Commonwealth v. Keita, 429 Mass. 843, 846 (1999), that ‘[a] jury instruction concerning the presumption … should be given in every case in which the question of the defendant’s criminal responsibility is raised.’”

The Court went on to say that although the Commonwealth may not rely on ‘the presumption of sanity’ to establish criminal responsibility, the Commonwealth need not offer expert testimony in every case and may rely instead on” “the inferences arising from the circumstances of the offense, including evidence that the defendant planned the offense, acted on a rational motive, made rational decisions in committing the offense and in avoiding capture, and attempted to conceal the offense or his or her role in the offense.” “Applying the proper test [to this case], [the Court held] that the evidence … was sufficient to allow a reasonable finder of fact to conclude that the defendant was criminally responsible at the time of [his] offenses.”

If you or a loved one is charged with a crime and has a mental illness that may have played a role in the offense, you will need an experienced lawyer to assess your case and determine whether you have a viable lack of criminal responsibility defense, or some other type of mental health related defense. Attorney Daniel Cappetta has worked with numerous clients who have struggled with mental health issues and is committed to helping each and every one of them get the best possible outcome. Call him for a free consultation today.