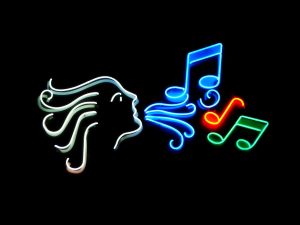 In F.K. v. S.C. [& M.D. v. S.C.], the SJC vacated the civil harassment prevention order against the defendant on the grounds that his posting of a threatening rap song on the internet constituted a single act of harassment, not three or more acts as required for issuance of an order under G.L. c.258E, §3(a).

The background was as follows. “The plaintiffs and the defendant were seniors at the same high school when the defendant created a rap song in which he improvised lyrics pertaining to the plaintiffs. Some of the lyrics referenced violence that the defendant stated that he wanted to inflict on M.D., whose name was mentioned in the song. Other lyrics described acts of sexual violence that the defendant stated he wanted to inflict on an unnamed woman; in context, F.K. understood that the lyrics referred to her. The defendant posted the song on a public Internet website [SoundCloud], and then posted a link to the song on a social media website [Snapchat],” thus “shar[ing] the song with at least six other high school classmates, who were members of the defendant’s Snapchat ‘friend’ network. He did not share the song directly with M.D. or F.K.” “On the same evening that the song was posted to Snapchat, a number of M.D.’s friends … informed him about the existence of the song.” M.D. then listened to the song, as did his father and F.K. “After receiving threats of physical violence from members of the high school hockey team (of which M.D. was a member), the defendant removed the song from the Internet approximately two hours after initially posting it.”

“The plaintiffs ultimately sought harassment prevention orders, pursuant to G.L. c.258E, §3(a), against the defendant. [Such an] order may issue … when a defendant has committed ‘[three] or more acts’ of ‘[h]arassment.’ See [] c.258E, §1. The judge found that, in posting the song, the defendant had committed at least three individual acts of harassment against M.D. and F.K.” “The judge concluded that ‘the individual statements within the song’ constituted ‘separate acts’ of harassment within the meaning of” the statute. “The judge also found that the defendant ‘engaged in a series of separate acts necessary to create,’ ‘post,’ and ‘distribute the song.’” In addition, she found significant the fact “that M.D. received ‘notice of the song from at least six separate individuals.’” On appeal, “[t]he defendant contend[ed] that performing the song and posting it on the Internet constituted ‘[o]ne continuous act,’ which ‘cannot be parsed into individual acts in order to satisfy’ the requirements of … c.258E, §§1 and 3(a).”

In its decision, the SJC agreed with the defendant’s argument. The Court stated, “[D]ividing the defendant’s ‘one song’ into many ‘individual lyrics’ for the purpose of finding separate acts of harassment is impermissible under G.L. c.258E, §1.” Moreover, “[b]y posting the song to SoundCloud, the defendant made it available to SoundCloud members. When he linked the song to his Snapchat account, he merely reshared it with SoundCloud members who were also members of the defendant’s specific Snapchat network of ‘friends.’ He accomplished the two acts in close succession…. We are satisfied that when the defendant posted the song to Soundcloud and linked it to his Snapchat account, he engaged in one continuous act.” In addition, “the fact that M.D. received notice of the song from multiple people [did not] constitute additional acts of harassment perpetrated by the defendant…. The [volitional] actions of the individuals who notified M.D. about the song are not attributable to the defendant.”

Although harassment orders are civil in nature as opposed to criminal offenses, they nonetheless appear on a person’s board of probation record and, if violated, do constitute a crime. As a result, assessing whether a plaintiff has sufficient evidence to obtain a harassment order against a defendant is extremely important.  If you or a loved one is facing the possibility of a harassment order, it is crucial that you have an attorney who is well versed in the law and who will be able to cogently and persuasively argue your case to the court.  Attorney Daniel Cappetta is an experienced and skilled attorney who has successfully defended clients who have faced the issuance of a harassment order, and clients who have been criminally charged with violating a harassment order.  Put his expertise to work for you and call him for a free consultation today.