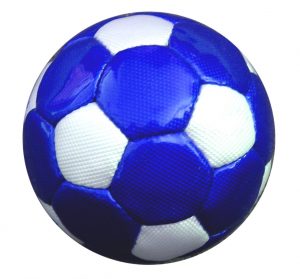 The background was as follows. A team from the Massachusetts fugitive apprehension task force went to a certain address in Fitchburg to serve an arrest warrant on an individual they understood to be living in apartment 3 on the third floor. The defendant lived in an apartment on the second floor of the building. Upon becoming aware of the entry of the officers into the building, the defendant raced from his apartment to apartment 3, kicked in the door, entered the apartment, and placed “a child’s blue kick ball” in a closet. Ten or fifteen seconds later, as the officers arrived at apartment 3, they heard the female tenant (Wiener) screaming for help. The officers apprehended the defendant as he tried to escape. In the course of conducting a protective sweep of the apartment, an officer found the kick ball in the closet. The ball had been slit open and visible inside it was a loaded firearm and two smaller balls, also slit open, containing drugs. Wiener told the officers that she “had never seen the blue ball or its contents before” and that those items “did not belong to her or any other member of her household.” At trial, the prosecution procured multiple convictions on the basis of “an inference that the defendant had converted three balls previously used as children’s toys [in his own household] into storage compartments for the drugs and handgun [that he placed] in Wiener’s closet” when he invaded her apartment. Among the defendant’s appellate arguments, two are of interest here, first, that “the evidence was insufficient to support his conviction of malicious destruction of property [the door to apartment 3] … because it did not establish that he acted with malice”; and, second, that “his conviction of possession of ammunition [was] duplicative of his conviction of possession of a loaded firearm.

In its decision, the Appeals Court “agree[d] with the defendant that the evidence was insufficient to satisfy the element of malice on the charge of malicious destruction of property” pursuant to G.L. c.266, §127. The Court explained that in this context, “‘[m]alice … refers to a state of mind of cruelty, hostility or revenge.’ Nolan & Santoro, Criminal Law §427, at 438 (2001). In the present case, the evidence clearly sufficed to show that the defendant acted … intentionally … when he broke down the door to Wiener’s apartment to gain entry. However, the [intentional] commission of an unlawful or even destructive act does not, by itself, suffice to prove malice under … c.266, §127…. [T]he evidence establishe[d] instead that the defendant’s acts in breaking down the door were” reckless. “There [was] no evidence that the defendant was motivated by animus or hostility toward Wiener; instead, his destruction of her door was by all appearances an incidental consequence of his ultimately fruitless efforts to evade the approaching task force.”

Challenging any insufficiencies in the Commonwealth’s evidence is extremely important – whether at the pre-trial stage in the context of a motion to dismiss, or at trial, in the context of a motion for a required finding.  If you or a loved one is facing criminal charges and there appear to weaknesses in the Commonwealth’s case, you will need a skilled and experienced attorney to mount a persuasive argument on your behalf. Attorney Daniel Cappetta is well versed in the law and up to date on new legal developments that he can use to assist his clients to the fullest. Call him for a free consultation today.