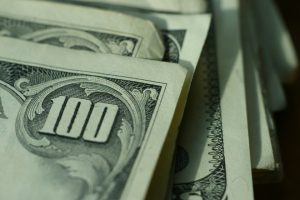 On August 8, 2016, the SJC issued a decision in Commonwealth v. Henry, holding that judges must take a defendant’s ability to pay into consideration when assessing whether to order restitution, and in determining the amount of restitution that a defendant can be ordered to pay. The Court also set forth several guidelines regarding the imposition of restitution as a condition of probation.

The facts of the case are as follows. The defendant was employed as a cashier at a Walmart store. “A Walmart video camera captured [her] ‘free-bagging’ items; that is, with certain customers, she placed some store items into bags without scanning the items at the cash register, so that these customers received these items without paying for them. As a result,” the defendant was charged with larceny over $250 under G. L. c. 266 § 30. She admitted to facts sufficient to warrant a finding of guilty and was placed on administrative probation, one condition of which was the payment of restitution. At the ensuing restitution hearing, the Commonwealth presented evidence as to the retail sales price of the stolen items and as to the percentage of “markup” on items sold in the store. The defendant testified that Walmart had terminated her employment, that she had been found ineligible for unemployment benefits, and that she had no income of any kind. In his restitution order, the judge “declared that the loss is measured by the retail loss and ordered that restitution in [that] amount … be paid during the period of probation at a rate to be determined by the probation department.”

In its decision, the SJC set forth the following guidelines regarding restitution as a condition of probation. First, a judge must “consider the defendant’s ability to pay when setting the restitution amount because a judge may order restitution in a criminal case only as a condition of probation” “and a probationer cannot be found in violation for failing to pay a restitution amount that the probationer cannot reasonably afford to pay.” “Burdening a defendant with [the] risks [associated with a violation of probation] by imposing restitution that the defendant will be unable to pay violates the fundamental principle that a criminal defendant should not face additional punishment solely because of his or her poverty.” Second, the SJC “invoke[d] [its] superintendence power to declare that a judge may not extend the length of probation where a probationer violated an order of restitution due solely to an inability to pay.” “An extension of the period of probation punishes a defendant” by “extending the restrictions on a defendant’s liberty arising from probation” and by “subject[ing] the probationer to additional punishment solely because of his or her poverty,” in the event that he commits a new offense during the extended probationary term. Third, “the length of probation supervision imposed at the time of sentence should not be affected by the financial means of the defendant or the ability of the defendant to pay restitution…. [Therefore,] the ability to pay determination should be made only after the judge has determined the appropriate length of the probationary period based on the amount of time necessary to serve the twin goals of rehabilitating the defendant and protecting the public.” Fourth, “[t]he monthly amount [of restitution] must be determined by the judge; it cannot be delegated to the probation department.” Fifth, the SJC defined, “for the first time,” “the legal standard for determining the defendant’s ability to pay restitution”: such payment should not impinge on the defendant’s ability “to meet minimum basic human needs such as food, shelter, and clothing for the defendant and his or her dependents.” Sixth, “in cases of retail theft, the amount of actual economic loss for purposes of restitution is the replacement value of the stolen goods unless [as in this case] the Commonwealth proves by a preponderance of the evidence that the stolen goods would otherwise have been sold, in which case the retail sales value is the better measure of actual loss.”

In light of these guidelines, the SJC concluded that the judge in this case erred (1) in “order[ing] restitution based only on the amount of loss, without considering whether the defendant was financially able to pay that amount during the remaining period of her probation”; and (2) in “delegat[ing] to the probation department the responsibility of establishing a payment schedule.” Therefore, the SJC vacated the restitution order and remanded the case to the trial court.

If you or a loved one has an order of restitution that is beyond your ability to pay, or if you are facing a violation of probation because of an inability to pay restitution, you will need an attorney who can help you have the order reevaluated under Henry, and/or present an argument to the court that a non-willful failure to pay should not be considered a probation violation. Attorney Daniel Cappetta is a skilled and experienced attorney who is well versed on the law, and prepared to use this decision to help his clients in any and all ways necessary and possible. Call him for a free consultation today.