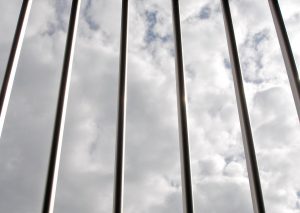 The Supreme Judicial Court recently issued a decision – Commonwealth v. Francis – addressing plea agreements and when the court may order the specific performance of such an agreement by the Commonwealth. In its decision, the SJC reversed the allowance of the defendant’s motion for a new trial, ruling that that the judge abused her discretion in ordering the specific performance of a plea agreement in the defendant’s case.

The background was as follows. In 1967, the defendant was convicted of first-degree murder. “In 1989, a … judge allowed the defendant’s motion for a new trial because of errors in the reasonable doubt jury instruction given in his 1967 trial.” In 1994, the defendant reached an agreement with the Commonwealth, pursuant to which “[t]he defendant would plead guilty to [second-degree] murder … in exchange for the opportunity to immediately seek parole, which the Commonwealth would not oppose. If the parole board declined to grant the defendant parole, the agreement allowed the defendant to withdraw his guilty plea and proceed to trial on the [first-degree] murder … charge.” At the plea hearing, after the defendant pleaded guilty, “the defendant’s counsel made representations that there was an understanding between the parole board and the defendant that the defendant would not be required to be in custody to be considered for parole. To effectuate the understanding as it was represented, the plea judge — over the Commonwealth’s objection — stayed the execution of the sentence” for second-degree murder “while the defendant’s parole application was being considered. The parole hearing was scheduled for August, 1994.” Before the scheduled hearing date, “the parole board informed the parties and the plea judge of its position that pursuant to the terms of G.L. c.127, §133A, the defendant had to be in custody in order for the parole board to have jurisdiction over him. Because the defendant disagreed with returning to custody, the August parole hearing was canceled.” Over the ensuing six years, various efforts were made to resolve the custody issue, but when these efforts proved unsuccessful, a judge “allow[ed] the defendant to withdraw his guilty plea to murder in the second degree.” In 2003, “[t]he defendant was retried on the original indictment for [first-degree] murder…. His conviction of that crime was upheld by [the SJC]….  In 2013, the defendant filed a motion for a new trial…. [T]he judge[,] who was the judge at the defendant’s 2003 trial[,] … granted the motion based on ‘principles of fundamental fairness and due process,’ even though she found that the Commonwealth had not reneged on the plea offer. The judge ordered specific performance of the 1994 plea agreement, and allowed the defendant to plead guilty to murder in the second degree. The judge reasoned that this was the correct result because ‘another party to the negotiation, the [plea judge], adopted an interpretation of the [s]tatute — that the Parole Board could entertain the defendant’s request for parole and conduct a hearing at the Board’s office without his surrendering into [Department of Correction] custody — on which the defendant relied to his detriment.’” The Commonwealth filed a gatekeeper application in the single justice session of the SJC, which was allowed.

In its decision, the SJC ruled that because “[t]here was no enforceable promise made by the Commonwealth that the defendant did not have to ever go into custody,” “there were no grounds for the judge to allow the defendant to plead guilty to murder in the second degree.” The Court first applied contract principles to this matter, concluding that “the record does not indicate that the Commonwealth made any enforceable promise to the defendant that he would not have to go into custody before his parole hearing could take place. Indeed, the record is to the contrary.” The Court then went beyond contract principles and “appl[ied] a two-prong test to determine whether fundamental fairness require[d] [a determination that there was] an enforceable promise in the plea agreement: first, we ask ‘whether the defendant had reasonable grounds for assuming his interpretation of the bargain,’ [Commonwealth v.] Smith, 384 Mass. [519,] 523 [1981], quoting Blaikie v. District Attorney for the Suffolk Dist., 375 Mass. 613, 616 n.2 (1978); and second, we ask ‘whether [the defendant] relied on that interpretation to his detriment.’ Smith [] at 523. Here,” opined the Court, “the defendant’s argument fail[ed] both prongs of the test. There were no reasonable grounds for the defendant to believe that the prosecutor acquiesced to his not being in custody during the parole hearing process. The prosecutor consistently objected to the stay of the defendant’s sentence throughout the plea process and continued to object to it over the course of subsequent hearings…. Even if there were reasonable grounds for the defendant to believe that the Commonwealth had promised him that he would not have to be in custody for the parole board to conduct its hearing, the defendant’s argument also fail[ed] the second prong of the test, because there [was] no evidence that he relied on the alleged promise to his detriment…. The defendant … took advantage of his interpretation of the plea agreement (adopted by the [plea judge]) that he be allowed to withdraw his plea if he were required to go into custody as a condition of his parole hearing.”

Although the facts of this particular case may be somewhat unusual, the premise behind it is not. Representations made by the Commonwealth in relation to plea agreements, indictments, and other events in criminal cases play an extremely important role in the disposition of the case, and it is of the utmost importance that defendants and their attorneys pay close attention to such representations. Failure to do so may, as it did in this case, be to the detriment of the defendant. Attorney Daniel Cappetta is a former prosecutor, and has been practicing criminal defense for many years. He knows the ins and outs of both sides of the courtroom and will make sure that the Commonwealth makes good on its promises so that you get a fair outcome. Call him for a free consultation today.