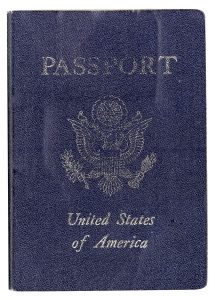 In an important recent decision – Commonwealth v. Lunn – the SJC held that Massachusetts court officers had no authority, under either Federal or Massachusetts law, “to arrest and hold [Lunn] solely on the basis of a Federal civil immigration detainer.”

The background was as follows. “After the sole pending criminal charge against him was dismissed, the petitioner, Sreynuon Lunn, was held by Massachusetts court officers in a holding cell at the Boston Municipal Court at the request of a Federal immigration officer, pursuant to a Federal civil immigration detainer” “alleg[ing] that Lunn was subject to, and was being sought by the Federal authorities for the purpose of, the civil process of removal.” “Lunn’s counsel informed the judge of the outstanding detainer and asked that Lunn be released from custody notwithstanding the detainer, the criminal case having been dismissed. The judge declined to act on that request.” After Lunn had been held at the BMC for several hours, Department of Homeland Security “officials arrived at the court house and took Lunn into Federal custody. The following morning, … Lunn’s counsel filed a petition in the county court on his behalf, pursuant to G.L. c.211, §3, asking a single justice of [the SJC] to order the [BMC] to release him.… By that time, however, Lunn had already been taken into Federal custody. The single justice therefore considered the matter moot but, recognizing that the petition raised important, recurring, and time-sensitive legal issues that would likely evade review in future cases, reserved and reported the case to the full court.”

In its decision, the SJC offered the following insights. (1) “Immigration detainers like the one used in this case, for the purpose of [facilitating the removal] process, are … strictly civil in nature. The removal process is not a criminal prosecution.” (2) “[H]olding [Lunn] in circumstances like this, against his … will, constitute[d] an arrest under Massachusetts law…. There is no Federal statute that confers on State officers the power to make this kind of an arrest.” “Federal immigration detainers … by their express terms are simply requests. They are not commands, and they impose no mandatory obligations on the State authorities to which they are directed.” Indeed, “the Tenth Amendment … prohibits the Federal government from compelling States to employ their resources to administer and enforce Federal programs.” (3) “Our State law may authorize Massachusetts officers to enforce Federal statutes and make arrests for Federal offenses …, but it need not do so.” Here, the court officers had no authority under Massachusetts common law or statutory law to hold Lunn pursuant to the Federal immigration detainer. (4) While 8 U.S.C. §1357(g)(1) “provides … that States and their political subdivisions may enter into written agreements with the Federal government that allow State or local officers to perform functions of an immigration officer,” there was no such written agreement in this case.

Being charged with a criminal case may result in a number of collateral consequences, particularly for those defendants who are not U.S. citizens. If you or a loved one is charged with a criminal case and is not a citizen, it is of the utmost importance that you know the impact that such a case may have on your immigration status. Attorney Daniel Cappetta is a seasoned criminal defense attorney who has worked with many non-citizens and always makes sure that his clients understand the interplay of criminal and immigration law in each of their specific cases. Call him for a free consultation today.