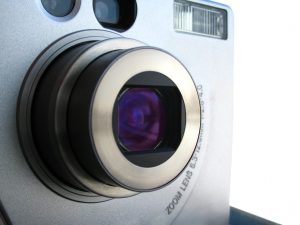 In Commonwealth v. Mauricio, the SJC reversed the denial of a motion to suppress images retrieved by the police during a warrantless search of a digital camera that was seized from the defendant’s person.

The background was as follows. A police officer (Collins) “received a report that two ‘suspicious parties’ were seen running out of the side door of a residence on Downing Drive in Taunton…. Shortly thereafter, Collins located two individuals nearby largely matching the … descriptions” given in the report. One of the individuals “was identified as the defendant…. Collins pat frisked the defendant and searched his backpack. Inside the backpack, Collins found … [a] digital camera,” a ring, and other items. The defendant was arrested. The evidence officer for the police department (Detective Treacy) “conducted an inventory search of the defendant’s backpack. Believing the camera to have been stolen, Treacy … turned the camera on and viewed the digital images it contained in the hope of identifying its ‘true’ owner. In doing so, Treacy came across an image of [the defendant] with firearms.” Treacy showed the image to a fellow detective who “had been investigating a housebreak on Plain Street in Taunton where two firearms and jewelry had been reported stolen. [The other detective,] suspecting that the firearms in the digital image[] matched the firearms stolen from the Plain Street residence, contacted the homeowner and showed him a printed photograph of … the digital image[]…. [T]he homeowner confirmed that the firearms and the other items in the photograph were taken from his home during the break-in.” After the issuance of indictments against the defendant for carrying a firearm without a license and receiving stolen property with a value in excess of $250, the defendant filed two motions to suppress, which were denied. In his first motion, the defendant sought to suppress the physical evidence that was seized from his backpack by the police without a warrant. The judge denied the motion on the ground that “the contents of the backpack would [inevitably] have been discovered during a later search incident to arrest.” In his second motion, the defendant sought “to suppress the images discovered as the result of the warrantless search of the digital camera.” “The judge denied [that] motion on the ground that the viewing of the digital images was part of a valid inventory search.” At trial, the defendant was convicted of both of the charged offenses. “On appeal, [he] argue[d] that the judge wrongly denied the motion to suppress the images recovered from the warrantless search of the digital camera because,” in the defendant’s view, “the search did not fall within the purview of the search incident to arrest exception to the warrant requirement and exceeded the scope of a valid inventory search.”

In its decision, the SJC agreed with the defendant’s argument, concluding that the search of the digital camera violated art. 14 of the Massachusetts Declaration of Rights. Regarding the search incident to arrest exception to the warrant requirement, the Court applied to this case the reasoning in Riley v. California, 134 S. Ct. 2473 (2014), “which foreclosed the application of [that] exception to cellular telephones,” on the ground that such “a search of digital data serves neither of the two justifications announced in Chimel [v. California,] 395 U.S. [752,] 762-763 [1969]: [mitigation of the risk of] ‘harm to officers and destruction of evidence.’ Riley [] at 2484-2485.” Moreover, the Court ruled “that the search of the digital camera exceeded the bounds of the inventory search exception to the warrant requirement because it was investigatory in nature.” Having concluded that the images from the digital camera had to be suppressed, the Court vacated the defendant’s conviction of carrying a firearm without a license.

Also in this decision, the SJC agreed with the defendant’s argument “that the judge erred in denying his motion for a required finding of not guilty of receiving stolen property with a value in excess of $250, where the Commonwealth failed to present sufficient evidence of the value of the ring” that the police discovered in the defendant’s backpack. However, where “it [was] undisputed that the Commonwealth proved all the other elements of the offense charged,” the Court “conclude[d] that a finding of guilty of the lesser included misdemeanor offense of receiving stolen property with a value of $250 or less, in violation of G.L. c.266, §60, shall enter against the defendant.”

If you or a loved one is currently charged with a crime that involves evidence obtained as a result of a warrantless search of a cellular phone, digital camera, or other digital device, you need a defense attorney who will make sure that illegally obtained evidence is not used against you at trial. Attorney Daniel Cappetta is an experienced and skilled attorney who has litigated numerous motions to suppress, and knows how to make sure his clients’ constitutional rights are protected. Call him for a free consultation today.