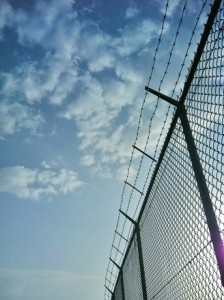 The United States Supreme Court recently issued a new decision, Montgomery v. Louisiana, addressing the retroactivity of its decision in Miller v. Alabama. The Miller decision held that “a juvenile convicted of a homicide offense could not be sentenced to life in prison without parole absent consideration of the juvenile’s special circumstances.” The Court’s decision in Montgomery holds that the Miller decision “is retroactive to juvenile offenders whose convictions and sentences were final when Miller was decided.”

The facts of the Montgomery case are as follows: when Montgomery was seventeen years old, he killed a deputy sheriff in Louisiana. Upon his conviction of murder, he was sentenced to life in prison without the possibility of parole. “Th[at] sentence was automatic upon the jury’s verdict, so Montgomery had no opportunity to present mitigation evidence to justify a less severe sentence.” After Montgomery had spent nearly half a century in custody, the Supreme Court issued its decision in Miller, holding that in light of children’s “diminished culpability and greater prospects for reform,” the imposition of mandatory life without parole on juvenile homicide offenders violates the Eighth Amendment’s prohibition of “cruel and unusual punishments.”

Following the decision in Miller, Montgomery sought collateral review of his mandatory sentence in the state courts of Louisiana. The Louisiana Supreme Court ruled that Miller was not retroactive to cases on state collateral review. Montgomery challenged that ruling in a petition for certiorari to the Supreme Court. In its decision addressing Montgomery’s petition, the Court disagreed with the Louisiana Supreme Court, asserting “that Miller announced a substantive rule of constitutional law,” i.e., a rule that “forbids ‘criminal punishment of certain primary conduct’ or prohibits ‘a certain category of punishment for a class of defendants because of their status or offense.’ Penry [v. Lynaugh], 492 U. S. [302,] 330 [1989].” In concluding that such a rule must be applied retroactively to cases on state collateral review, the Court opined that a state judicial system “has no authority to leave in place” an unconstitutional conviction or sentence, “regardless of whether the conviction or sentence became final before the rule was announced.” The Court noted that in Teague v. Lane, 489 U. S. 288 (1989), it had mandated the retroactive application of new substantive rules of constitutional law in federal habeas proceedings. The Court reasoned that if, in light of a new substantive rule, “a State may not constitutionally insist that a prisoner remain in jail on federal habeas review,” then “it may not constitutionally insist on the same result in its own post-conviction proceedings. Under the Supremacy Clause of the Constitution, state collateral review courts have no greater power than federal habeas courts to mandate that a prisoner continue to suffer punishment barred by the Constitution.”

While criminal charges have significant potential consequences for anyone, charges against juvenile defendants are particularly concerning, as a finding of juvenile delinquency and/or commitment in a juvenile detention facility may significantly impact a young life for the worse and set it on a different, more damaging track. If you have a child facing criminal charges, you will need an attorney who can make sure your child receives all of the protections he or she deserves under the law. Attorney Daniel Cappetta is an experienced juvenile defense attorney and he will work with you and your family to get the best outcome possible. Call him for a free consultation today.