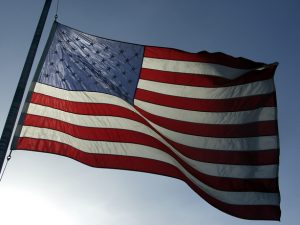 The Supreme Judicial Court recently issued an important decision related to the Valor Act. In the decision, Commonwealth v. Morgan, the SJC ruled that “the pretrial diversion statute [G.L. c.276A], as amended by the VALOR Act in 2012, permits a judge to continue without a finding (CWOF) or to dismiss a charge of operating a motor vehicle while under the influence of alcohol or drugs (OUI), second or subsequent offense, notwithstanding the provisions of G.L. c.90, §24, which generally proscribe such dispositions.”

The background was as follows. “The VALOR Act, St.2012, c.108, …  , amended the statute providing young adults with pretrial diversion, … c. 276A …, to include qualifying veterans and active duty members of our armed forces facing criminal charges in the District and Boston Municipal Courts.” The defendant, a veteran of the United States Army, served in Iraq and Afghanistan. While serving, “he began to experience symptoms of posttraumatic stress disorder (PTSD)…. He also had numerous physical disabilities as the result of injuries received during his” military service. After he returned to civilian life, “the defendant was stopped for erratic driving” and was arrested for operating his vehicle while under the influence of alcohol. “[N]ine years and ten months prior to [that] incident …, [the defendant] admitted to sufficient facts to warrant a finding that he had operated a motor vehicle while under the influence of alcohol or drugs…. [That] case was continued without a finding and dismissed upon [the defendant’s] successful completion of probation.” In light of the prior OUI case, the defendant was arraigned in the District Court in the present case on a charge of OUI, second offense. His attorney “sought pretrial diversion under the VALOR Act. [The defendant] was evaluated by the VA, which determined that he would benefit from such a program.” He began receiving various rehabilitative services, including detoxification, counselling regarding substance abuse, and PTSD counselling. “Three months after arraignment, … [the defendant] filed a motion, pursuant to the pretrial diversion statute, seeking dismissal of all charges should the pretrial diversion program prove successful. In the alternative, he sought to admit to sufficient facts and have the case continued without a finding. “Acknowledging that the case presented an unsettled question of law, the judge reported the following two questions …, pursuant to Mass. R. Crim. P. 34 …: [1] ‘Under the VALOR Act, may a judge exercise discretion to enter a CWOF after an admission to an OUI-second offense?’[;] [2] ‘If a CWOF is not available, may a court dismiss the charge upon successful completion of diversion, over the Commonwealth’s objection?’”

In its decision, the SJC answered both reported questions in the affirmative. The Court stated, “Providing pretrial diversion for veterans and active duty members of the military, on the same terms as young adults, is consistent with the Legislature’s purpose both in enacting the pretrial diversion statute in 1974 and in amending it through the VALOR Act in 2012,” i.e., to “address[] the special needs of … group[s] of offenders for whom the Legislature believed conviction and punishment were not necessarily appropriate.” The Court then sought to reconcile the intent of the Valor Act with certain restrictive language in the OUI statute (c.90, §§24, 24D), to the effect that a judge may dismiss a case or order a continuance without a finding after successful completion of a program only in limited circumstances, including where a defendant’s single prior OUI offense occurred ten years or more before the date of the commission of the present offense. Here, the defendant’s prior OUI offense occurred nine years and ten months prior to the traffic stop that led to the current charge against him. Nonetheless, the Court opined that the restrictive language in the OUI statute was not applicable to the defendant. The Court reasoned that by enacting the Valor Act, the Legislature “expressed special concern for veterans and active military service members struggling with substance abuse.” Therefore, in the Court’s view, “the Legislature did not intend to preclude the alternative dispositions permitted under the pretrial diversion statute in situations such as this.”

If you or a loved one is a veteran and facing criminal charges, it is of the utmost importance that you have a skilled attorney who can make the court aware of your service to the country, help you navigate through the criminal justice system, and assist you in getting the support you need. Attorney Daniel Cappetta has been selected to represent defendants in Veterans Court in Framingham and has successfully helped many veterans – both in their criminal cases, and getting the help and support they need in the community. Call him for a free consultation today.