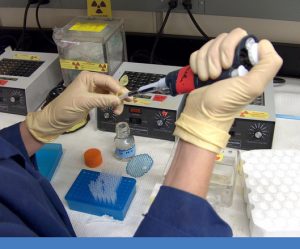 A recent article at Slate.com addresses damning information about the Massachusetts state prosecutors’ failure to properly handle the drug scandals that have rocked Massachusetts over the past several years. Massachusetts has been the site of two of the country’s largest drug laboratory scandals which occurred as the result of egregious misconduct by two seprate state lab employees – Annie Dookhan and Sonja Farak. Their misconduct led to thousands of convictions based on faulty evidence.

According to the article, “prosecutors have badly botched the state’s response,” which has caused substantial delays in justice for defendants who may have been wrongly convicted of drug crimes based on tainted evidence.

In addition to the fact that some district attorneys dragged their feet when asked to identify possible Dookhan defendants and fought procedures to address the potential wrongful convictions in court, the article addresses misconduct by the Massachusetts Attorney General’s Office in their investigation of the Farak scandal.

The AGO began prosecuting Farak in early 2013. In the course of the prosecution, the office needed to determine how many cases had been impacted by Farak’s misconduct. Because Farak’s misconduct involved the theft and use of the drugs that she was testing, the time frame encompassed by her drug addiction was extremely important – any case that she touched during this time period would be suspect. The Slate article points out that if Farak used drugs for just a few months, she might have tainted just a few cases. If she used drugs for years, she might have tainted thousands.

According to the article, the briefs state that a state police officer found Farak’s handwritten worksheet from a drug treatment program, in which she admitted to drug use at work. In February 2013 the officer emailed the AGO’s lead prosecutor about this discovery. Despite clear evidence of Farak’s drug use, the AGO did not provide this evidence to defendants, or to district attorneys who were prosecuting people based on Farak’s tainted work, despite the fact that it was a plain breach of their ethical obligations to do so.

Further, the AGO made misrepresentations to the court about the nature of the evidence related to Farak’s misconduct. The article specifically states that in September 2013, an assistant attorney general told a judge overseeing hearings on the Farak scandal that upon “reviewing [the state police investigator’s] file, every document” had already been disclosed, even though the above referenced admissions from Farak’s drug use worksheet had not been provided. The same AAG later told the judge that Farak’s misconduct last “roughly four months,” when in fact she had not actually reviewed the prosecution’s file and was therefore in no position to make such a representation. Later, this same AAG actually admitted, under oath, that she had never reviewed a single document from the state’s own investigation.

When Farak’s drug use worksheet was finally uncovered by a defense attorney in late 2014, it showed that Farak’s misconduct had lasted at least thirteen months. Ultimately, additional evidence was uncovered, revealing that her misconduct and substance abuse had actually lasted eight years. The article states that during that time, “Farak helped secure an estimated 8,000 drug convictions.”

When a conviction is based on potentially false evidence, it is a prosecutor’s ethical and legal obligation to rectify the injustice. The AGO in Massachusetts has fallen woefully short of these obligations. It wasn’t until November of 2014 that the AGO finally provided the documentation proving the length of Farak’s longstanding drug use to district attorneys, and it never rectified the false statements by the AAG that every document had previously been disclosed and that Farak’s misconduct only last four months.

As a result of the AGO’s failure to meet its ethical and legal obligations in a timely manner, defendants remained in custody. In response to these revelations, the AGO claims that its attorneys made “unintentional mistakes” that did not “prejudice” defendants because eventually, the truth was revealed. The AGO’s characterization of its conduct completely ignores the fact that people sat in jails and prisons for years longer than they would have had the AGO provided the information when it was received.

A Superior Court judge will soon be making a determination as to what should happen to the so-called Farak defendants.

If you or a loved one is facing a drug charge in Massachusetts, you could benefit from contacting a Massachusetts criminal defense attorney today to find out if and how the misconduct of Annie Dookhan, Sonja Farak, and/or the AGO could affect you. Contact Attorney Daniel Cappetta today.