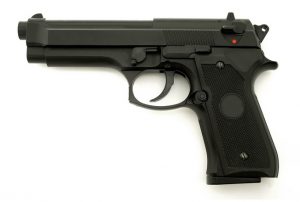 In a recent decision, Commonweath v. Edwards, the SJC ruled that the trial court judge should not have allowed the defendant’s motion to suppress a firearm recovered following a search of the defendant’s car by Boston police officers.

The basic facts were as follows. At 1:30 a.m. of the date in question, “the Boston police received a 911 call. The caller identified himself by name, Jabari Wattley, and told the operator that he could see a man standing in the street holding a gun. Wattley further stated that he had seen the man drive off in a black … motor vehicle, return and park on Armandine Street …, get out of the vehicle holding a gun in his hand, and then get back into the vehicle. [Wattley] informed the operator that he knew the man, identified him as the defendant, Joshua Edwards, and said that Edwards was not threatening anyone. The police dispatcher broadcast [Wattley’s] information as a ‘Priority 1’ call,” “‘mean[ing] that it was of a serious nature and that response time and protecting officer safety were both high priorities.’” A short time after the broadcast, a marked cruiser driven by Officer Lanteigne arrived on Armandine Street, an area known by the officer to be in a high crime area. “The cruiser did not have its emergency lights activated. Lanteigne stopped when a man (later identified as Wattley) ran … toward the cruiser and began ‘yelling’ to Lanteigne and pointing at a black Acura motor vehicle that was [legally] parked twenty to thirty feet in front of the cruiser, on the right hand side of the street. The Acura … was completely dark; no interior or external lights were on…. At that point, Lanteigne observed the Acura’s brake lights illuminate, and Wattley yelled something to the effect of, ‘That’s him. That’s the guy, he’s about to drive away.’”

In response, Lanteigne activated the cruiser’s emergency lights “and moved the cruiser alongside the driver’s side of the Acura in order to block the vehicle from leaving. Lanteigne believed ‘the Acura was about to drive away … [and] understood that the person Wattley had seen with a handgun was driving the Acura.’ Lanteigne got out of the cruiser and removed his firearm from its holster. At the same time, the defendant got out of the Acura and closed the door. He ‘appeared to take no notice of and pay no attention to’ Lanteigne, and started to walk away. Lanteigne responded by running to the front of his cruiser and ordering the defendant to stop. When the defendant turned and started walking away quickly, the officer … pushed the defendant against the rear of the Acura, forced him to the ground when he resisted being pushed, and handcuffed him. Another police officer who had responded to the scene stood immediately next to the closed driver’s side door of the Acura, and leaned toward the window. He observed a firearm lying on the floor by the driver’s seat…. The police determined that the defendant did not have a Massachusetts driver’s license, and that he was not the registered owner of the Acura. The police decided to tow the vehicle,” in preparation for which “the vehicle was searched pursuant to an inventory policy. In addition to the firearm, the police found an open bottle of beer [and] a cup containing what appeared to be an alcoholic beverage in the console next to the driver’s seat.”

After the return of indictments against the defendant, he moved successfully to suppress the items discovered by the police on Fourth Amendment grounds. On appeal, the Commonwealth contended that the judge erred in ruling that the police lacked reasonable suspicion to stop and seize the defendant.

In its decision, the SJC stated that the case was “exceedingly close,” but ultimately sided with the Commonwealth.  The SJC first “conclude[d] that the defendant clearly was stopped and seized in the constitutional sense when Lanteigne activated his cruiser’s [emergency] lights and blocked the Acura’s egress.” The Court then opined that “the articulable facts in this case combine to establish a reasonable suspicion of criminal activity before the defendant was stopped and seized, albeit with the very narrowest of margins.” In the Court’s view, those articulable facts included the behavior reported by 911 caller Wattley (assessed in light of Officer Lanteigne’s “belief that ‘trained, licensed owners of a handgun typically carry their firearm in a holster’”), as well as “the weapon identified, the time of night, and the characteristics of the location.”

Gun charges such as these are extremely serious – unlawful possession of a firearm carries a minimum mandatory sentence of eighteen months in the house of correction, or two and a half years in state prison. If you or a loved one has been charged with a gun related crime, it’s extremely important to have an experienced attorney to help you evaluate the evidence, research the relevant law, and persuasively argue the motion to suppress to the court.  Attorney Daniel Cappetta is well versed in search and seizure law and has successfully litigated numerous motions to suppress.  Call him for a free consultation today.