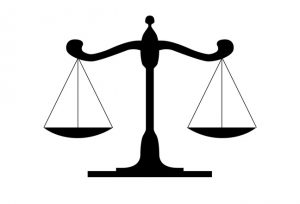 The Supreme Judicial Court issued a recent decision, Bridgeman v. District Attorney for the Suffolk District, addressing cases impacted by the Annie Dookhan scandal. In its decision, the SJC announced a new protocol to address the unresolved drug cases that may have been affected by Dookhan’s misconduct.

The Court described the history of this matter as follows. “In Bridgeman v. District Attorney for the Suffolk Dist., 471 Mass. 465, 487 (2015) (Bridgeman I), the petitioners and the intervener, the Committee for Public Counsel Services (CPCS), asked that we exercise our broad powers of superintendence to vacate the thousands of drug convictions affected by Dookhan’s misconduct because the time and expense of case-by-case adjudication had become ‘untenable.’ We declined at that time to adopt their proposed ‘global remedy.’ However, the district attorneys have now provided the single justice with lists identifying more than 20,000 defendants who could be eligible for relief based on Dookhan’s misconduct but who have not yet sought relief from their drug convictions.” (Regarding the causes of the latter circumstance, the Court asserted that the notification letter sent to the relevant Dookhan defendants “by the district attorneys was wholly inadequate to provide the … defendants with the information necessary to knowingly and voluntarily decide whether they should explore with counsel the possibility of withdrawing their plea or moving for a new trial.”) “As a result of the number of potentially aggrieved defendants, the single justice issued a reservation and report to the full court that essentially invites us to reconsider whether the time has come for a global remedy or whether further steps must be taken to realistically implement the remedy of case-by-case adjudication of potentially thousands of motions for a new trial. After such reconsideration, we decline to adopt the district attorneys’ argument that we should stay the course we had previously set and take no further action to protect the rights of the ‘relevant Dookhan defendants.’ We also decline to adopt the petitioners’ request for a global remedy in which we would either vacate the convictions of all relevant Dookhan defendants with prejudice, and thereby bar any reprosecution, or vacate the convictions without prejudice, and allow the Commonwealth one year to reprosecute, dismissing with prejudice all cases not reprosecuted within that time period. We instead adopt a new protocol for case-by-case adjudication, which will occur in three phases, and order its implementation by the single justice in the form of a declaratory judgment.”

The Court described the new protocol as follows. “In the first phase, the district attorneys shall exercise their prosecutorial discretion and reduce the number of relevant Dookhan defendants by moving to vacate and dismiss with prejudice all drug cases the district attorneys would not or could not reprosecute if a new trial were ordered. In the second phase, new, adequate notice shall be approved by the single justice and provided to all relevant Dookhan defendants whose cases have not been dismissed in phase one. In the third phase, CPCS shall assign counsel to all indigent relevant Dookhan defendants who wish to explore the possibility of moving to vacate their plea or for a new trial. If the number seeking counsel is so large that counsel cannot be assigned despite CPCS’s best efforts, the single justice will fashion an appropriate remedy under our general superintendence authority for the constitutional violation, which may include dismissing without prejudice the relevant drug convictions in cases where an indigent defendant is deprived of the right to counsel.”

The Court’s lengthy discussion included the following rulings and related insights. First, “[t]he global remedy proposed by the Bridgeman petitioners [is not appropriate because it] would effectively declare a conclusive presumption of prejudice.” “A dismissal with prejudice for government misconduct is very strong medicine, and it should be prescribed only when the government misconduct is so intentional and so egregious that a new trial is not an adequate remedy.” Second, “in light of the unusual circumstances of the relevant Dookhan defendants, all who are indigent and wish to explore whether to move for a new trial under Mass. R. Crim. P. 30(b) are entitled to appointed counsel.” “The right to appointed counsel applies here regardless of whether the relevant Dookhan defendant has completed his or her sentence, because the severe collateral consequences arising from a drug conviction do not end at the conclusion of a defendant’s sentence.” Third, “[i]f CPCS, despite its best efforts, were unable to assign counsel to a defendant in a reasonably timely manner — whether the reason be the absence of necessary funding by the Legislature, the inability of CPCS to qualify adequate numbers of private attorneys to serve as bar advocates because of the low hourly fee mandated by the Legislature, the unavailability of qualified bar advocates because of the limitation on the number of hours they may bill annually, or a systemic overload created by an overwhelming number of relevant Dookhan defendants filing motions for a new trial (or the combination of all four reasons) — we would have to fashion an appropriate remedy under our general superintendence authority for the constitutional violation suffered by indigent criminal defendants.” “If past is prologue, that remedy will likely be the dismissal without prejudice of their challenged drug convictions.” Fourth, in order to expand CPCS’s capacity to represent relevant Dookhan defendants, an “increase in the annual cap on billable hours potentially could be enacted for bar advocates assigned to criminal cases or, alternatively, the time devoted to the representation of [such] defendants could be exempted from the annual cap.”