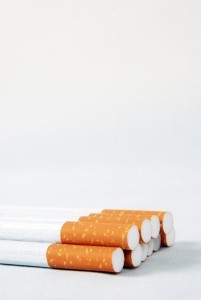 According to an article in the MetroWest Daily News, two teenagers were arrested this past week after allegedly robbing a gas station in Marlborough. The article states that two men wearing masks entered a Shell gas station on Lincoln Street shortly after 3am this past Thursday. One of the two men reportedly approached the clerk, pointed a handgun at him, and demanded cash while the other stood as a lookout at the door. The two men walked away with $340 in cash, several boxes of Newport cigarettes, and the clerk’s cellular telephone. Witnesses and the clerk provided a description of the two men to police – one was described as 6’ tall and the other as slightly shorter, both with thin builds.

Several hours after the robbery, the Marlborough police served a warrant for a parole violation on a seventeen year-old juvenile at an apartment on Lincoln Street. While serving the warrant, officers noticed that the juvenile matched the description of one of the two robbers. Additionally, officers observed several boxes of Newport cigarettes in plain view. Another man inside the apartment reportedly matched the description of the second suspect. Both the juvenile and the other man were arrested for armed robbery under G. L. c. 265, § 17.

Fortunately, both the juvenile and the other man appear to have strong arguments that they were not the people that were involved in the robbery. In particular, the suspects were masked and the only description provided was height and build. There does not appear to be any further information provided by witnesses documenting the suspects’ race, age, clothing, hair color, eye color, or facial features. In light of the lack of detail in the descriptions provided, it will likely be difficult if not impossible to argue that the two men arrested were in fact the individuals involved in the robbery.

In addition to the fact that the description of the two perpetrators is extremely vague, the mere fact that Newport cigarettes were found at the scene hardly constitutes a smoking gun – Newport cigarettes are quite common, and many people smoke them. The fact that the additional items that were stolen do not appear to have been found at the apartment further undermines any claim that the two individuals that were arrested were the actual perpetrators – if both of the suspects were in the apartment, one would expect that the money and the clerk’s cellular telephone would also be there in addition to the cigarettes. Certainly the specific amount of money and the clerk’s telephone are significantly more identifiable than a few boxes of Newports. It is also noteworthy that neither the masks nor any clothing that might have been worn by the perpetrators appears to have been found in the apartment.

Last but not least, it does not appear that either the clerk or any other witnesses ultimately identified either of the individuals arrested. As such, they will be prevented from making an in-court identification of the perpetrators at trial under Commonwealth v. Crayton. Given the weaknesses in the descriptions of the perpetrators, in conjunction with the fact that no unique proceeds from the robbery were recovered at the apartment, both of the individuals arrested should be in a position to present strong defenses that they were not the individuals who robbed the store.

Regardless of whether the men may have strong arguments at trial, however, they will still need experienced defense attorneys to investigate and present those defenses to the court. Attorney Daniel Cappetta has been practicing criminal defense for many years. He always works hard to zealously represent his clients and makes sure that their cases are defended to the fullest extent possible. Call him for a free consultation today.