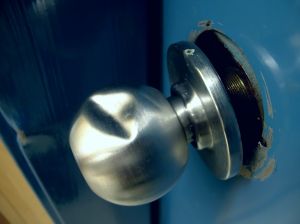 Norman Miller of the MetroWest Daily News wrote an article recently regarding a string of burglaries in the Metro West area. A 24 year old Ashland man and a 26 year old Marlborough man are facing charges in connection to multiple alleged burglaries in Ashland, as well as homes in other towns. The defendants are alleged to have burglarized several homes in Ashland. One home in Ashland reportedly had $30,000 worth of jewelry stolen from it.

Ashland Police reportedly began their investigation of these break-ins after Wrentham Police contacted them about a burglary allegedly involving one of the defendants. Police reportedly executed a search of that defendant’s home on Tuesday, July 30th.

Ashland Police have reportedly connected the two defendants to break-ins in Southborough, Shrewsbury, and Wrentham. The burglaries allegedly happened during the day. The defendants allegedly knocked on the front door; then, if no one answered, they would break in trough a back door.

All of the towns that have had break ins are reportedly still investigating the incidents and are also reportedly visiting pawn shops in the area to attempt to locate some of the stolen goods.

The defendants are facing serious, felony charges that could result in prison time. It is not clear at this time what evidence the police have against the defendants though. An experienced and skill Massachusetts criminal defense attorney may be able to advocate on behalf of one or both of the men and achieve a favorable outcome for them. However, it is not certain at this time how much evidence and from what towns may come to light against them.

To prevail on the charge of breaking and entering with intent to commit a felony, the prosecutors will have to prove that the men broke into a building, that they then entered the building, and that they did so with the intent to commit a felony. The crime is punishable by up to ten years in prison. The sentence can be longer if a weapon was used during the commission of this crime or if the person broke into the building at night.

If you or a loved one has been charged with breaking and entering or a form of larceny, contact Attorney Dan Cappetta today for a free consultation regarding the situation.