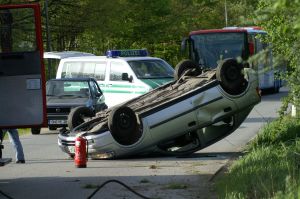 The MetroWest Daily News recently published an article about an Upton woman who was arrested on Thursday November 29th for operating a motor vehicle under the influence of alcohol, driving to endanger, as well as driving with a license that was suspended for being a habitual traffic offender. The woman’s charge is a subsequent offense, meaning she has been convicted of the same offense in the past. Specifically, prosecutors allege that the woman was convicted of drunk driving twice in 2010.

Police reportedly arrived on the scene of the single-car accident after the woman’s pickup truck rolled over on Main Street in Hopkinton at 7:54 p.m. Officers reportedly found the woman trapped and standing in the cab of the truck. Police allege that they smelled alcohol coming from the woman and that the woman admitting to having consumed vodka earlier in the day when officers asked her if she had been drinking. Police further allege that the woman failed numerous field sobriety tests but refused to take a Breathalyzer test. The woman was reportedly not injured in the crash but was taken to the hospital as a precaution.

The woman was arraigned on Friday in the Framingham District Court. Prosecutors reportedly did not ask for her to be held. She was released without bail and is due back in Court on January 23rd for a pretrial conference.
Because the woman refused to take a Breathalyzer test, prosecutors will not be able to easily prove that she was over the legal limit while she was driving. Without a breath test prosecutors would need some other evidence like a blood test to actually prove the woman’s blood alcohol content on the night in question. It is much more likely prosecutors will go forward on a straight OUI charge without alleging there was a per se violation of her blood alcohol content limit. To prevail on an OUI charge prosecutors will have to prove that she was operating under the influence of an intoxicating liquor. Prosecutors will use all of the evidence mentioned by the police in their report to try to obtain a conviction in this case.

To prove the driving to endanger charge, prosecutors will have to establish that the woman was operating a motor vehicle on a public road so as to endanger any person, including her. This charge is a misdemeanor that does carry the possibility of jail time.

The woman is facing serious charges that may lead to fines and imprisonment. Additionally, she may have her license suspension time increased for refusing the breathalyzer because of prior convictions for OUI. Because the woman has been convicted of an OUI charge in the past, she is facing harsh consequences.

The woman’s defenses are seemingly limited in this case. Since the police came to the scene of her accident, as opposed to pulling her car over, she cannot argue that they did not have reasonable grounds to stop her car. She may be able to argue that she did not refuse the Breathalyzer. However, this defense could be difficult to prove.

The woman needs a dedicated Massachusetts criminal defense attorney in order to achieve the best result for her case. If you or a loved one has been charged with operating under the influence, driving to endanger, or driving with a suspended license, contact Massachusetts criminal defense attorney Daniel Cappetta today. Attorney Cappetta offers all prospective clients a free consultation and works diligently to defend all of his clients.