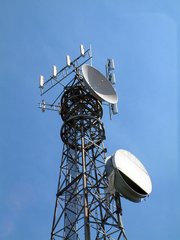 In a recent decision – Carpenter v. United States – the United States Supreme Court ruled that under the Fourth Amendment, the government must obtain a warrant supported by probable cause in order to procure from a telecommunication company the historical cell-site location information (CSLI) for a cellular telephone.

The background was as follows. In 2011, police officers investigating a series of robberies applied for court orders under the Stored Communications Act [18 U.S.C. §2703(d)] to obtain historical CSLI for petitioner Carpenter’s cellular telephone. “That statute … permits the Government to compel the disclosure of certain telecommunications records when it ‘offers specific and articulable facts showing that there are reasonable grounds to believe’ that the records sought ‘are relevant and material to an ongoing criminal investigation.’…. Federal Magistrate Judges issued two orders directing Carpenter’s wireless carriers — MetroPCS and Sprint — to disclose” the requested CSLI for “the four-month period when the string of robberies occurred.” The first order produced cell-site records from MetroPCS spanning 127 days. The second order produced two days of records from Sprint. “Altogether the Government obtained 12,898 location points cataloging Carpenter’s movements — an average of 101 data points per day.” The CSLI “placed Carpenter’s phone near four of the charged robberies.” “Carpenter was charged with six counts of robbery and an additional six counts of carrying a firearm during a federal crime of violence…. Prior to trial, [he] moved to suppress the cell-site data provided by the wireless carriers. He argued that the Government’s seizure of the records violated the Fourth Amendment because they had been obtained without a warrant supported by probable cause. The District Court denied the motion.” At Carpenter’s trial, the government presented the CSLI to the jury. “Carpenter was convicted on all but one of the firearm counts.” The Sixth Circuit affirmed the convictions, holding “that Carpenter lacked a reasonable expectation of privacy in the [CSLI] … because he had [voluntarily] shared that information with his wireless carriers.” Carpenter sought certiorari.

In its decision reversing the judgment of the Sixth Circuit, the Supreme Court held “that an individual maintains a legitimate expectation of privacy in the record of his physical movements as captured through CSLI.” The Court noted that cellular telephones “tap into the wireless network several times a minute whenever their signal is on, even if the owner is not using one of the phone’s features.” In the Court’s view, “[t]he [detailed and comprehensive] location information obtained from Carpenter’s wireless carriers was the product of a search,” which would be lawful only if it was supported by probable cause. Here, however, “[t]he Government acquired the cell-site records pursuant to a court order issued under the Stored Communications Act[’s]” standard, which “falls well short of the probable cause required for a warrant.” Because the government acquired Carpenter’s CSLI without a warrant, the Court remanded the case for further proceedings.

Although the Supreme Judicial Court previously announced a warrant requirement, under art. 14 of the Massachusetts Declaration of Rights, for procurement of historical CSLI in Commonwealthv. Augustine, 467 Mass. 230 [2014], the fact that the United States Supreme Court has also afforded the same protections is noteworthy.  New and developing technologies mean that there will be new and developing case law addressing the intersection of law enforcement’s use of these technologies and constitutional limitations placed upon such use.  Attorney Daniel Cappetta is an experienced attorney who is dedicated to protecting his client’s rights.  Call him for a free consultation today.