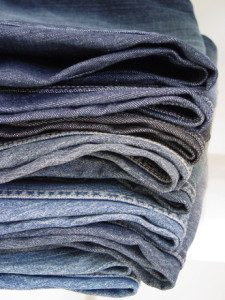 According to an article in the MetroWest Daily News, a Woburn woman was arrested on larceny and drug charges this past week at the Marshalls located at Shoppers World. The store security officers were allegedly familiar with the woman because she had been involved in thefts at both Marshalls and TJ Maxx on various dates in November of this year. These thefts reportedly consisted of the woman taking several pairs of jeans from the shelves and bringing them into the dressing room. Once in the dressing room, the woman would reportedly remove the security tags and bring the items to the help desk to return them. She allegedly used the gift cards that she got for the returns to purchase other items in the store. According to the article, the woman got more than $1,000 worth of gift cards. Police officers reportedly identified the woman from surveillance footage and obtained a warrant for her arrest. When the woman returned to Marshalls after the issuance of the warrant, store security alerted police, who then came to the store to make the arrest. After arriving, police reportedly confronted the woman and asked for her name, which she provided. When the officers told her that there was a warrant for her arrest, the woman allegedly claimed that the warrant was for her sister, not her. The woman then reportedly attempted to give a different name but was ultimately arrested. While effectuating the arrest, the woman reportedly resisted, flailing her arms. She also allegedly dropped a small plastic bag on the ground and attempted to kick it away. The officers recovered the bag and found that it contained a substance that they believed to be heroin. The officers also found two additional bags of what they believed to be heroin in the woman’s purse, as well as $500 in cash. As a result, the woman was charge with possession with intent to distribute heroin, resisting arrest, and five counts of larceny under $250.

Although the woman is facing serious charges, she does appear to have at least some defenses – specifically, she may well have an argument that she did not have the requisite intent to sell the drugs. To prove the woman guilty of possession with intent to distribute under G. L. c. 94C § 32, the Commonwealth would have to prove the following beyond a reasonable doubt: (1) that the substance in question was in fact heroin; (2) that the defendant possessed some perceptible amount of that heroin with the intent to distribute it to another person; and (3) that the defendant did so knowingly or intentionally.

As to the second element, the Commonwealth must prove that the heroin was not held solely for the woman’s own use, but rather that it was intended for distribution to others. There are a number of factors that the jury may take into consideration when making this determination, including how large a quantity of drugs were possessed, how pure in quality the drugs were, what the street value of the drugs was, what the defendant’s financial resources were, how the drugs were packaged, whether other items were found along with the drugs which might suggest drug sales, such as cutting powder or packaging materials, scales, or large amounts of cash, whether there is any evidence suggesting that a sale was in progress, whether there is any evidence that these drugs were part of a larger stash of drugs, and whether there is any evidence that the defendant engaged in any sort of drug transactions. Given the fact that the only factors present here are the were multiple bags of heroin and $500, the woman may be able to successfully argue that she did not have the requisite intent to distribute and that she was simply using the drugs herself. In particular, the woman may be able to argue that the actual amount that she possessed was relatively small, did not exceed the amount that a user would possess, and that she simply had the additional bags because she had purchased in bulk. Additionally, she can argue that the fact that she had $500, without observations of any drug transactions or other indicia of the intent to distribute, is not sufficient to establish an intent to distribute beyond a reasonable doubt.

Additionally, the woman may also have an argument that she is not the person responsible for the larcenies. The article indicates that the woman was identified from a surveillance video. The article makes no reference as to the clarity of the footage and/or the officers’ familiarity with the woman, and the woman was never actually stopped with any of the merchandise or gift cards. Further, the woman claims that she has a sister, who may very well look like her. As such, the woman may be able to argue that she is not the person in the surveillance footage and is therefore not the party responsible for the larcenies.

Regardless of any defenses the woman may be able to present, she will absolutely need the assistance of a skilled attorney to conduct an investigation, including reviewing the surveillance footage, and present any defenses she may have to the court and/or a jury. If you or a loved is in a situation similar to the one described here, you will likewise need an attorney to assist you. Attorney Daniel Cappetta has been successfully representing clients charged with criminal offenses for many years. Call today for a free consultation.