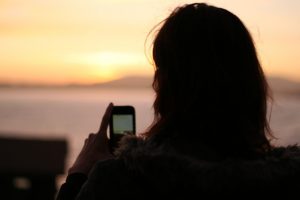 In Commonwealth v. Alden, the Appeals Court affirmed the defendant’s conviction of intimidating a witness, ruling that the prosecutor’s cross-examination of the defendant was not improper even though it referred to facts that were not in evidence.

The background was as follows. “The victim in the case, E.B., was the defendant’s former girl friend…. In January, 2015, there was a criminal case pending against the defendant, in which E.B. was a potential witness. On January 19, 2015, E.B. reported to the police that she was receiving threatening text messages from someone she believed to be the defendant. The messages were received from the telephone number E.B. had used to communicate with the defendant by text messages and telephone calls every few days for over one year. The messages threatened that, if E.B. ‘went to court[, she would] be sorry[,] and that [the defendant] would have people come after [her]….’ More specifically, ‘[o]ne of [the messages] told [E.B.] to keep her hoe ass mouth shut. [Another] implied that she should kill herself….’ An additional text message stated that E.B. should ‘leave their personal stuff out of the courtroom and that if she opened her mouth it’d be … the biggest mistake she ever made.’ E.B. believed the text messages referred to her role as a witness in the [defendant’s pending] criminal case.”

In its decision, the Appeals Court rejected the defendant’s argument. The Court stated, “Generally, ‘[a] prosecutor may not conduct cross-examination “in bad faith or without foundation.”’ Commonwealthv. Christian, 430 Mass. 552, 561 (2000), quoting from Commonwealthv. White, 367 Mass. 280, 285 (1975). Here, although some of the [prosecutor’s] questions included text messages not previously described by E.B., the Commonwealth had a ‘reasonable belief that the facts implied by the questions could be established by admissible evidence.’ Commonwealthv. Peck, 86 Mass. App. Ct. 34, 39 (2014). The jury had already heard the general nature of the threatening text messages through the testimony of E.B. and a police witness. Moreover, ‘screen shot[s]’ of the text messages had been preserved and made available to the defendant. Although the screen shots themselves were never offered in evidence, the prosecutor was aware, prior to the defendant’s testimony, that the judge had found ‘by a preponderance of the evidence that those text messages are authentic, even though they weren’t presented in the form of photographs or business records.’ Therefore, the prosecutor had a good faith belief that the threats implied by [his] questions [to the defendant] could be established by admissible evidence. Accordingly, the judge did not abuse his discretion in allowing the cross-examination.”

It is crucial to have an attorney who understands the importance of motions in limine and who carefully and thoughtfully prepares and fights to exclude potentially damaging evidence at trial. Even though the Court found that the prosecutor’s questions did not constitute reversible error for the defendant, the case still demonstrates the importance of having a hard working, creative, and persuasive trial attorney.  Attorney Daniel Cappetta is such an attorney – he always thoughtfully and thoroughly prepares for trial, carefully assessing the Commonwealth’s case, and what he can do to exclude harmful evidence from the jury.  Put his expertise to work for you.