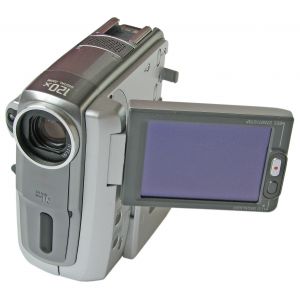 According to the article the trouble for the man started when he was on the Boston Common and saw another man being placed under arrest. When the man heard a witness state that the police were hurting the individual they were arresting he pulled out his cell phone which was equipped with a video camera and began to record the actions of the police.

These two officers, apparently unaware that we live in a free country, ordered the man to stop his perfectly legal recording. The officers were apparently stunned that the man chose not to abandon his constitutional rights in the face of their orders and arrested him for violating the Commonwealth of Massachusetts wiretapping statute.

The arrest on its face was more or less absurd. The Massachusetts wiretapping statute (G.L> c. 272, Section 99) is directed at preventing people from secretly recording one and other without consent. While the police may not have liked the man’s decision to record them there was no suggestion that he made any secret of the fact that he was doing it. Apparently he actually did the opposite as the police were able ascertain quite readily that they were being recorded, and in fact arrested the man as a result.

If the police had even a passing familiarity with this issue they would not have made this arrest. In 2001 the Commonwealth of Massachusetts’ highest court addressed this issue in the case of Commonwealth v. Hyde. In that case the SJC actually upheld the conviction of a man for taping the police that pulled him over, but they made it clear in their decision that they conviction was only allowed to stand because the man made the recording in secret. In making that decision the court stated:

The problem here could have been avoided if, at the outset of the traffic stop, the defendant had simply informed the police of his intention to tape record the encounter, or even held the tape recorder in plain sight.[12] Had he done so, his recording would not have been secret, and so would not have violated G. L. c. 272, § 99.

It’s a shame the man had to go through all the trouble that he did, and an even greater shame that the Boston Police Department has taken this long to admit the mistake that was made by its officers back in 2007.

If you have been accused of any violation of the wiretapping statute by police, or have been arrested or charged in any way for simply trying to hold the police accountable as a citizen please contact me today for a free evaluation of your case. As a Framingham criminal defense lawyer I have the experience and knowledge necessary to provide you with an aggressive and thorough defense.