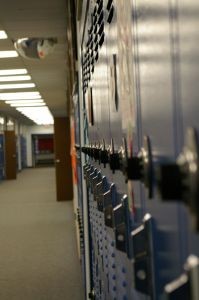 According to an article in the MetroWest Daily News, a group of ten freshman and sophomore students got into a “brawl” at Framingham High School last week. School officials stated that they did not know what led to the fight and insisted that there was no longstanding feud between the students who were involved. Four of the students were injured, including one who was taken to the hospital to the hospital as a precaution. A Framingham police officer indicated that the police were reviewing surveillance footage as well as cell phone videos taken by others in an attempt to determine who or what caused the fight. Although criminal charges have not yet been issued, the police department indicated that the incident was still under investigation and that “it could possibly lead to criminal charges.”

While the details of the incident are still not entirely clear, it seems the Commonwealth may have difficulty proving its case. Assuming that this was a mutual fight in that the students were all fighting against one another, as opposed to certain parties simply being assaulted and certain parties doing the assaulting, all of the students involved would presumably be cross-complainants and have 5th Amendment privileges against self-incrimination.

A cross-complaint means that while each student involved in the fight may be charged as a defendant, each would also be an alleged victim. The Fifth Amendment states that a person cannot be compelled to testify against himself if that testimony is potentially incriminating and/or could result in criminal prosecution. In this case, the Commonwealth would potentially need to call the students to the stand to testify against each other. Because each of the students may also be facing their own criminal charges, they would clearly have a Fifth Amendment privilege and could refuse to testify. Although the students may be able to claim that they were defending themselves and could therefore decide to waive their Fifth Amendment privileges, testify against each other, and raise self-defense as an affirmative defense to the respective charges issued against them, this seems unlikely. Cross-complaint cases tend to be dismissed, as people generally do not want to waive their respective privilege and take the risk of their testimony being used against them in their own criminal case.  Further, although a person is allowed to act in self-defense, the Commonwealth can combat such a claim by establishing that a defendant did not do everything reasonable in the circumstances to avoid physical combat before resorting to force. Since the students may well have been able to do more to avoid physical combat, waiving their Fifth Amendment privileges may be a particularly risky course of action, giving them that much more incentive to simply assert their respective privileges.

No matter what they choose to do, the students, all of whom are presumably juveniles, will need the help of an experienced defense attorney to advise them of their options and figure out what the best course of action is for them. Attorney Daniel Cappetta is a former prosecutor, and has been practicing criminal defense for many years. He has also specifically handled juvenile matters as an assistant district attorney and for the defense. If your child is facing criminal charges, Attorney Cappetta can help guide you through the process and get the best possible outcome. Call him today.