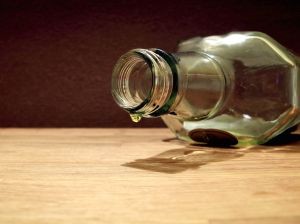 Last week, the Supreme Judicial Court issued a decision – Commonwealth v. Camblin – that calls the admissibility of breath test evidence into question in operating under the influence cases. The facts of the case are as follows: Camblin pulled over in the breakdown lane on Route 495 to urinate. A Massachusetts State Trooper saw Camblin standing outside his car, pulled over behind him, and spoke to him. During the course of their interaction, the trooper became suspicious that Camblin had been driving under the influence of alcohol and administered several field sobriety tests. Camblin performed poorly on the tests and the trooper transported him to the state police barracks where Camblin was asked if he would be willing to take a breathlyzer test. The trooper administered the test using an “Alcotest” device. The device indicated that the Camblin’s blood alcohol level was 0.16 – two times the legal limit of .08. Camblin was subsequently charged with OUI, second offense.

The case went to trial and Camblin’s attorney challenged the admissibility of the results of the breathalyzer. Specifically, Camblin’s attorney filed a motion in limine to exclude the Alcotest results on the ground that the test was scientifically unreliable under Daubert v. Merrell Dow Pharms., Inc., 509 U.S. 579 (1993) and Commonwealth v. Lanigan, 419 Mass. 15 (1994), both of which govern the admissibility of scientific test results at trial. For the results of a scientific test to be admissible under the Daubert-Lanigan standard, the party seeking to introduce the scientific evidence must lay an adequate foundation for its introduction, either by establishing general acceptance of the test in the scientific community, or by showing that the evidence is reliable or valid through an alternate means.

Camblin’s attorney specifically sought a hearing concerning the Alcotest’s reliability. The gist of the request was that errors in the Alcotest’s source code (the code written to control the functioning of computer software), as well as other deficiencies, rendered the breath test results produced by the Alcotest unreliable. The trial judge denied the motion to exclude the evidence and refused to hold a motion regarding the reliability and therefore admissibility of the evidence, reasoning primarily that a Daubert-Lanigan hearing is inapplicable to the admissibility of the Alcotest results because they are admissible by statute” – G. L. c. 90, §§24(1)(e), 24K.

Breathlyzer test results can be a significant factor in a defendant’s decision to resolve an OUI charge with a plea or take it to trial. As such, the admissibility of such testing is of the utmost importance to a defendant’s case. If you or a loved one is facing OUI charges, you will need a skilled defense attorney who is up to date on the latest developments in OUI law and who knows how to use them to his clients’ advantage. Attorney Daniel Cappetta is such an attorney – he has handled many OUI cases and always obtains the best outcomes possible for his clients. Call him today for a consultation.