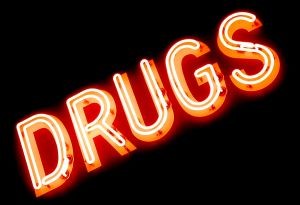 This past week, the Supreme Judicial Court rule that people who pled guilty in cases where evidence was mishandled by former state chemist Annie Dookhan may not be charged with more serious crimes if given a new trial and, if convicted, may not be given a worse sentence than the judge originally imposed. The decision – Commonwealth v. Bridgeman – was unanimous.

Dookhan is the former Massachusetts drug lab chemist accused of tampering with evidence in a drug testing scandal that threatened thousands of criminal cases in Massachusetts. Dookhan, who worked at the state’s Hinton Laboratory in Jamaica Plain, was accused of fabricating test results and tampering with drug evidence. She played some sort of a role in more than 40,000 drug tests at the Hinton lab, where she worked from 2003 until 2012. The state police first learned of Dookhan’s actions after a chemist at the lab in which she worked said that he observed “many irregularities” in her work. During a subsequent investigation, Dookhan admitted to authorities that she took shortcuts, such as only testing some of the samples that she was assigned to, and then listing them all as positive for the presence of a drug. She also acknowledged that sometimes, if a sample tested negative, she would take a known controlled substance from another sample and add it to the negative sample in order to make it test positively. Dookhan ultimately pled guilty in November 2013 to twenty-seven counts of misleading investigators, filing false reports, and tampering with evidence, and was sentenced to three to five years in state prison, followed by two years of probation that included mental health counseling if needed.

As a result of Dookhan’s malfeasance, the state shut down the laboratory in 2012. A list of so-called “Dookhan” cases was compiled so that the convictions could be re-visited and motions for new trials could be filed. Counties across the state set up “Dookhan” sessions to deal with defendants’ motions for new trials. Some defendants chose to go forward with new trials or re-negotiated pleas. Others chose not to for fear that they might lose at trial and get a worse sentence. Alternatively some defendants who had originally pled guilty to reduced charges in return for the plea chose not to try and vacate their pleas because of the concern that the original charges (rather than the reduced ones) would be reinstated. As a result, many defendants chose to take no action, despite the clear violation of their due process rights.

The Bridgeman decision specifically addresses cases where defendants chose to plead guilty based on drug evidence that Dookhan may have mishandled. The decision states that if the defendants now win a motion for a new trial, prosecutors may not resurrect the tougher charges that were dropped in return for their pleas. “In essence, a defendant’s sentence is capped at what it was under the plea agreement,” the court said. The Court reasoned that to rule otherwise would give prosecutors “a second bite at the proverbial apple” and allow the state to potentially benefit from Dookhan’s misconduct.

Lastly, the court addressed a request by the public defenders and the ACLU for a “global remedy” for Dookhan cases, i.e., a single order by the SJC to wipe out tens of thousands of convictions rather than filing individual motions for a new trials in each case. The SJC specifically stated that that “a so-called ‘global remedy’ will not be implemented at this time.’’ Despite the refusal to impose a global resolution, many defendants who wanted to challenge their convictions but backed off because they did not want to take the risk that the new outcome would be harsher than the original one may now move forward with motions for new trials without such concerns.

If you or a loved one was a victim of Annie Dookhan’s misconduct but decided not to move forward with a motion for a new trial for fear that you would end up with a harsher punishment, the Bridgeman decision has alleviated these concerns and you could benefit from contacting a Massachusetts criminal defense attorney. Attorney Daniel Cappetta is an experienced and skilled attorney who has handled numerous motions for new trials and can help you get justice. Call him for a free consultation today.