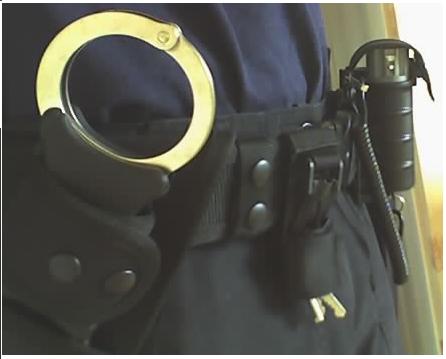 New decision from the MA Appellate Court today in Commonwealth v. Kevin Feeney is utterly depressing. The facts involve a crash where a gun is found, but nobody is present in the vehicle when police arrive. The defendant was found about a block away from the car with a fresh cut to his forehead and generally looking like a guy who was just in a car crash. However despite his condition he denied being in the crash. Now you might think to yourself, “hey the police already had a pretty good case here tying Mr. Feeney to the crash.” After all Feeney was only a block away minutes after the crash, wearing only a t-shirt and jeans at 1:30 in the morning in January, with fresh injuries to his forehead, and smelling of a mixture of alcohol and deployed airbag. Of course by thinking this I can assure you that you are not Massachusetts State Police material.

This apparently was not a strong enough case for the Massachusetts State Police. In addition to these observations they felt the need to go the extra mile. So after Mr. Feeney was arrested and booked a ruse was devised to get him to tie himself to the scene of the crime.

For those who don’t know a “ruse” is the polite legal word police, prosecutors, and sometimes judges use to soften the fact that the police told a citizen a big fat lie. Saying the police “used a ruse” sounds a lot better than saying “the police told a big fat lie” In this case the big fat lie was telling Mr. Feeney that he was required to fill out a hand written inventory as part of the booking process related to certain property. It just so happened the property the police were referring to were items that were found inside the crashed car. Of course there was absolutely no such policy requiring this kind of hand written inventory, and even if there had been these items were not on Mr. Feeney at the time of his arrest, and therefore should not have been part of any booking inventory, let alone a fake one. Mr. Feeney complyied with what he believed was a required booking procedure and identified some of the property from the car as his own.

An unnamed but astute Boston Municipal Court judge saw this behavior for what it was; an inappropriate lie told by police to trick a citizen into incriminating himself. That judge suppressed the statements. The prosecution appealed that decision and the Appeals court reversed and now these statements will be allowed into evidence at trial.

The court relied on the awful Commonwealth v. Selby case (in my opinion one of the worst cases ever in Massachusetts jurisprudence) to justify the trooper’s conduct in this case. In Selby our Supreme Judicial Court OKed lying to a defendant and telling him that his prints were on shell casings when they in fact were not, in order to trick him into making admissions. Feeney’s case I suppose is just the natural progression from Selby. When you OK a huge lie in a murder case like the SJC did in Selby, it almost makes the lie told in this case seem cute in comparison.

I cannot understand how as a free society we can ever justify the police lying to citizens in an attempt to trick them into admitting incriminating information. Every so often a case will make the news because a surveillance video shows an encounter between a police officer and a citizen that is very different from the officer’s version of events. The police officer is seen abusing a citizen or arresting a citizen for no reason, and everyone from the Chief of the department to the local man on the street will express dismay not only over the actions of the police officer, but also because the police officer LIED about what happened in the police report or in subsequent testimony.

If the rule of law blatantly allows dishonesty from officers during interrogations, how can we expect them to be honest in other aspects of their jobs? Aren’t lies told to cover excessive force and illegal arrests the next natural step for officers to take once they know the highest court in their Commonwealth has justified the use of lying to citizens in police work? The next time everyone is ready to run to the fainting couches because a cop is proven to be a liar by video surveillance just remember the Selby case and the Feeney case. When the rule of law says lying is OK in some situations for the police, then the rule of law shares some of the blame every time the police tell a lie.