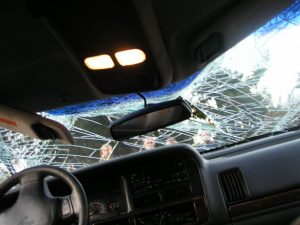 According to an article in the MetroWest Daily News, a man involved in a car crash on Route 9 in Southborough fled the scene after he was pulled out of his smoking car. The article states that the driver rolled his car during the course of the accident and that it was resting on its side when others arrived on the scene. The passersby noticed that the car was smoking and worked together to pull the man out, breaking windows in the car to do so. When they pulled the driver out, they noticed that he was unsteady and possibly drunk. One of the passersby stated that the driver stumbled and nearly vomited after being taken from the car. He further stated that driver did not seem not understand what his rescuers were trying to do, even though his car was filling with smoke. Following the rescue, the driver reportedly “took off running into the swamp.” Police searched for the man and eventually apprehended him.

Although it’s unclear what charges will issue against the driver, it is likely that the police will seek a complaint for operating under the influence, under G. L. c. 90, § 24 given the description provided by the other individuals at the scene. For the Commonwealth to obtain a conviction against a person for this offense, it would have to prove the following beyond a reasonable doubt: (1) that the defendant operated a motor vehicle; (2) that he did so on a public way; (3) that while operating the vehicle, the defendant was under the influence of intoxicating liquor.

As to the third element, a person does not have to be drunk to be under the influence of alcohol. A person is under the influence if he has consumed enough alcohol to reduce his ability to operate a motor vehicle safely, by decreasing his alertness, judgment and ability to respond promptly. It means that a person has consumed enough alcohol to reduce his mental clarity, self-control and reflexes, and thereby left him with a reduced ability to drive safely. The Commonwealth is not required to prove that the defendant actually drove in an unsafe or erratic manner, but it is required to prove that his ability to drive safely was diminished by alcohol. The amount of alcohol necessary to do this may vary from person to person and a jury is allowed to consider the defendant’s appearance, condition, and behavior at the time of the operation.

Here, despite the suspicions of the individuals who helped pull the driver out of the car, it appears that the Commonwealth will have a difficult time proving that the man was in fact operating under the influence. First, the only evidence that the Commonwealth has to support such a claim is the driver’s involvement in the car crash, and the fact that he was unsteady after he was rescued. There do not appear to be any breathalyzer results or blood tests indicating whether the defendant had consumed any alcohol. Additionally, the defendant’s unsteadiness, stumbling, and nausea can be easily explained by something other than alcohol: namely that he was just involved in a relatively serious car crash and had been inhaling smoke from the car. Although it seems unusual that he would have run away, the individuals that helped him out of the car also noted that he did not seem to understand what they were trying to do. These observations lend themselves to an argument that the defendant was simply dazed and confused from the crash, and not that he was under the influence of alcohol.

Although the defendant does appear to have a legitimate defense to such a charge, he will still need the assistance of a skilled attorney to craft and mount a defense. A conviction for operating under the influence may result in jail time, and automatically results in a loss of license. If you or a loved one is facing similar charges, do not leave your case up to chance – contact Attorney Daniel Cappetta for a free consultation. Attorney Cappetta has successfully handled many such cases and always makes sure that his clients get the best representation possible.