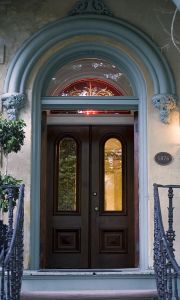 Police in Weston arrested four teenagers from Ashland on the night of Thursday, July 11th for an alleged scam, according to an article in the MetroWest Daily News. Police allege that a resident called the police around 5:30 p.m. after two teenagers came to his house and attempted to sell him raffle tickets in an effort to raise money for the cross-country team at Weston High School. The resident was allegedly suspicious of the teenagers when they were unable to answer his questions.

The teens reportedly had raffle tickets that they were selling for $5 each or three for $10, as well as a flier with the town seal detailing the fundraising campaign. The resident who called police reportedly bought three tickets as a way to have proof for the officers who arrived at his house. The teens then reportedly returned to his house and refunded his money before fleeing. The resident was reportedly able to provide a detailed description of the teens, as well as the license plate of the car.
Police reportedly located the teens, as well as two other teenagers, who all allegedly confessed upon being questioned by police. Police also reportedly found a roll of raffle tickets and homemade fliers for various schools in a car that belonged to one of the teenagers.

The four teens have reportedly been charged with larceny by false pretense. The teens were arraigned at Waltham District Court on Friday, July 12th and were released on personal recognizance.

In this case, the alleged victim reportedly told police that he was suspicious of the teenagers when they were at his door asking for money. If he did not believe the teens’ story, but instead played along to try to get proof that the teens were lying, the prosecution may have a hard time proving an element of the crime–that the person to whom the statement was made relied on the teens’ statement as true. In other words, the victim had to believe the lie under the law, and the alleged victim in this case seems to say that he did not believe the teenagers. Although proving this actual charge may be difficult, a savvy prosecutor will revise these charges or bring new charges against the teens for attempt to commit larceny by false pretenses. When a person is charged with attempt to commit a crime a prosecutors must only prove that the defendant engaged in some overt act toward completion of the crime.

The teens are facing a possible punishment of up to one year in jail and a fine if convicted of the charges they currently face.

If you or a loved one is facing a larceny charge, contact Attorney Cappetta today.