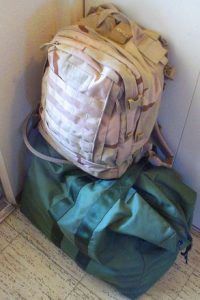 According to an article in the MetroWest Daily News, a Framingham teen brought a stun gun to Framingham High School this past week. The article states that the school administration had received a tip that the juvenile was bringing the stun gun to school and the school called the police. An officer then confronted the teen at the school. He reportedly agreed to let the officer search his bag, which resulted in the recovered of the stun gun. The article states that there was no indication that anyone had used the weapon. The teen was subsequently charged with possession of a stun gun under G. L. c. 140, § 131J and carrying a dangerous weapon under G. L. c. 269, § 10.

As to this charge, the defendant appears to have a legitimate defense: namely that the statute outlawing the possession of a stun gun is unconstitutional because the 2nd Amendment the right to carry such a weapon. Specifically, in a recent case decided by the United States Supreme Court – Caetano v. Massachusetts – the Court stated as much, thereby eviscerating the constitutionality of the statute. In light of the court’s decision, the defendant can file a motion to dismiss and should prevail.

Given the circumstances under which the stun gun was found, the defendant again appears to have a legitimate defense to this case. Stun guns are not a per se dangerous weapon under the statute. Moreover, there is not really any question that the defendant was using it in a dangerous manner – it was in his back pack and the article specifically states that it does not appear to have been used. As such, the defendant can argue that the stun gun was not dangerous as used, and therefore does not qualify as a dangerous weapon under the statute.

Regardless of the fact that the defendant has extremely strong arguments in his defense, the charges are still serious, and despite not breaking an law, he may face collateral consequences for bringing the stun gun to school in the first place. As such, he will need an experienced attorney to both raise these issues, and potentially assist in navigating any collateral problems that the arrest may have caused. If you or a loved one is similarly charged and/or if such charges are impacting the ability to attend school, you will likewise need an experienced attorney to assist you. Attorney Daniel Cappetta has worked extensively with juvenile defendants and makes sure that his clients’ criminal records are protected, as well as making sure that they don’t face any collateral punishments as a result of the charges. Call him today for a free consultation.