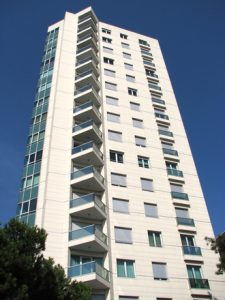 According to an article in the MetroWest Daily News, a man broke into an apartment in Marlborough this past week and reportedly assaulted one of the residents.  The article states that the alleged victim was in his bedroom with headphones on when he heard a loud noise at the front door of the apartment.  When he walked into the living room to investigate, he found the defendant, whom he does not know, standing near the front door.  The defendant reportedly grabbed the alleged victim, threw him to the ground, sat on him, and proceeded to strangle him for about five seconds before the alleged victim could escape.  The defendant then left the apartment.

The alleged victim’s roommate was also present, called the police and provided a description of the assailant.  When the police arrived on scene minutes later, they found the defendant directly outside the apartment complex.  The defendant told the police that he had just woken up and hadn’t seen or heard anything.  During further questioning, however, the defendant told the police the he had broken into the apartment, and that he had heard voices prior to the break in.  Specifically, the defendant stated that the voices had told him to break into that particular apartment and that many others had broken into it in the past.  He also told police he believed the National Security Agency was listening to all his conversations.  The defendant was charged with assault and battery, strangulation, vandalizing property and unarmed burglary and assault.

Given the defendant’s statements to police about the voices and the NSA, and his overall conduct, he appears to have some mental health issues that impacted his behavior and could therefore provide a defense to the charges.  Under Massachusetts law, before a defendant may be found guilty, the Commonwealth must prove beyond a reasonable doubt that he was sane – and therefore criminally responsible – when he engaged in the alleged conduct.  A person is lacking in criminal responsibility if he has a mental disease or defect, and as a result of that mental disease or defect is either: (1) substantially unable to appreciate the criminality — the wrongfulness — of his conduct; or (2) is substantially unable to conform his conduct to the requirements of the law.  In other words, a defendant’s mental condition must have been such that he was unable to realize that his behavior was wrong or was unable to make himself behave as the law requires.  Under the law, there is a presumption of sanity, but it is up to the Commonwealth to prove beyond a reasonable doubt both that the defendant committed the crime, and that the defendant was sane at the time of its commission.

Here, the defendant appears to have had auditory hallucinations and to have been directed by those hallucinations to engage in the criminal conduct at the apartment.  Given these facts, he has a strong argument that he was suffering from some sort of mental defect and was unable to conform his behavior to the law.  While a lack of criminal responsibility defense is notoriously hard to win, the facts of this case seem ripe for such an argument.

Mental health frequently plays a role in criminal conduct and often intersects with the criminal justice system. If you or a loved one is in a situation similar to the man in this case, you will need an attorney who is sensitive to mental health issues, and who knows how to present such issues to the court in an effective way. Attorney Daniel Cappetta is such an attorney. He can help guide you through the criminal justice system, and work with you to get the best results possible for your case.