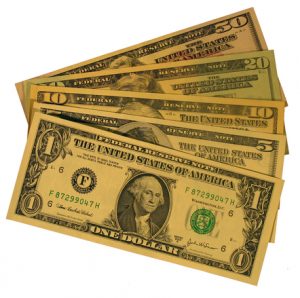 According to an article in the MetroWest Daily News, the Senate recently passed its version of the 2017 budget, which includes an amendment that will significantly impact the way that court fees are imposed on defendants in criminal cases. As the law currently stands, Massachusetts judges are required to assess various fees when certain criminal cases are resolved. Specifically, if a defendant is placed on any sort of probation, the court assesses a probation supervision fee of $65/month. Additionally, the court assesses a victim witness fee of $50 in misdemeanor cases, and $90 in felony cases. These fees are assessed regardless of the defendant’s financial situation.

Under the proposed amendment, Massachusetts judges would have new discretion over whether to impose fees on probationers. This amendment was adopted under a budget rider by the Senate in a 31-7 vote this past Thursday. The sponsor of the amendment, Senator William Brownsberger, who is co-chairman of the Judiciary Committee, stated that he sponsored the amendment because “we need to make it possible for people to get back on their feet, get out of the system, start living their normal life.” Sen. Brownsberger said judges now can waive probation fees if they make a “written finding of hardships,” and the language adopted by the Senate would “make it clear that it’s up to the judge.” The amendment also prohibits a court from finding that a probationer violated a condition of probation based solely upon failure to pay such fees or surcharges, and extending probation or incarcerating a probationer for such failure to pay.

In his statement, Sen. Brownsberger stated that the roughly $20 million in probation fees collected by Massachusetts courts goes into the general fund and judges should not be concerning themselves with revenue collection. He referenced the controversial reliance on court fees in Ferguson, Missouri, stating “this isn’t quite Ferguson where the courts were living and dying on how much in fees they could collect, but there is pressure on the judges of a financial nature to collect these fees.” He went on to state that “that pressure shouldn’t be there. This should be based on criminal justice policy as opposed to revenue-raising considerations.”

The amendment squarely addresses an issue that Supreme Judicial Court Chief Justice Ralph Gants brought up in his annual address this past October. In his address, Chief Justice Gants said supervised probation costs defendants $780 per year in addition to other potential fees. He added that “collection is difficult, and we are asking probation officers to take charge of this collection, and to allege a violation of probation where a defendant fails to pay.” Gants further stated that “the law requires yet another payment of a $50 fee when a default warrant is issued because of a defendant’s failure to pay.”

If this amendment is passed into law, it would result in a substantial and positive change for criminal defendants – both for those who are indigent, and for those who are able to pay, but for whom the financial burden of hiring and paying for an attorney is significant. Further, this would have a positive impact on the numerous defendants who are found in violation of probation each year – and facing potential incarceration as a result – for failing to pay probation fees and victim surcharges.

Attorney Daniel Cappetta is an experienced defense attorney who understands the financial constraints that his clients are under, and the financial impact that involvement in the criminal justice system has on a defendant. Attorney Cappetta provides a free consultation and takes cases on a flat fee basis to best serve his clients and make sure that they get the best defense possible without compromising their financial stability. Call him for a free consultation today.