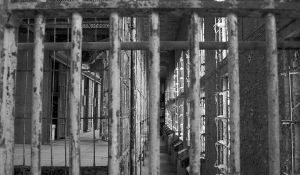 According to the MetroWest Daily News, a 23 year old Haverhill woman was reportedly seen drinking at a Framingham bar on Friday April 12th, which violates the terms of her personal recognizance release. The defendant is accused of crashing her car on December 3, 2011 and killing a fellow Framingham State University student while drunk. The defendant was released on personal recognizance, but given a condition of release that she consume no alcohol. The defendant is now being held without bail until her next court date.

The defendant is facing charges of vehicular homicide, as well as driving under the influence of liquor, causing serious bodily injury and driving to endanger. She was allegedly drunk when she crashed her Honda Civic carrying four other people into a telephone pole on Badger Road in Framingham around 2:20 a.m. on December 3, 2011. Her blood alcohol level was reportedly .10 at the time of the crash, over the legal limit of .08.

The defendant’s story is an important reminder of how seriously courts take the conditions placed upon defendants when they are released on probation, bail or personal recognizance. If your or a loved one is worried that you may have violated the terms of your probation or the conditions of your release between court dates, consulting your attorney is an important step to making sure that you remain in good standing with the court. Being arrested for violating the court’s orders can be a stressful situation, and can often result in your being looked upon unfavorably by the court at your next court date or in the future if you find yourself in court again. However, conditions that are placed upon defendants can often be confusing or difficult to follow. An experienced attorney may work with the judge or the probation department to make conditions more manageable. Being on top of the situation with your attorney is usually the best course of action.

Contact me today for a free consultation if you believe you may have violated a court order.