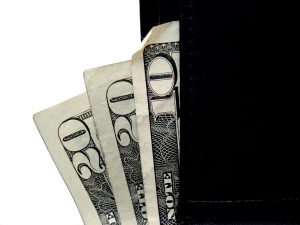 The Appeals Court recently issued a decision in Commonwealth v. Bruno-O’Leary, reversing the revocation of the defendant’s probation because the judge “did not sufficiently consider [the defendant’s] financial resources and obligations before deciding to find her in violation.”

The background was as follows. In 2009, the defendant pleaded guilty to a single count of larceny over $250. “The plea judge sentenced her to a suspended house of correction term of two … years, with a five-year probationary period, and ordered the defendant to pay $98,000 in restitution.” Over the course of her probationary period, “[t]he probation department issued the defendant several violation notices …, primarily for failure to make restitution payments.” At three different junctures during the probationary period, the judge extended the defendant’s probation. “At the final probation revocation hearing held [in] 2016, the defendant stated that she could no longer afford the $300 monthly restitution payments…. Her testimony, supplemented by [an] affidavit …, showed that she and her two children received total monthly Social Security disability benefits of $2,087; she also received $324 per month in food stamps. She was unemployed and actively searching for work, which her felony conviction made difficult…. Her husband, who had been receiving workers’ compensation payments since September, 2015, had lost his job in January, 2016. Neither the defendant nor her husband had any retirement savings, bank accounts, or stocks…. As to expenses, the family rented a three-bedroom house for $1,695 per month. In order to pay the $1,600 heating oil bill for the winter, they had not paid the electric bill and owed $1,400. The defendant and her husband paid $105 per month for … cell phone service.” In response to this information, “the judge said that he simply did not believe” the defendant’s explanations as to why she was unable to make her monthly restitution payments. “Concluding that the defendant ‘made very little effort over the past seven years to make this good,’ the judge revoked the defendant’s probation and ordered [that she] serve the balance of her suspended sentence.” The defendant appealed.

In its decision, the Appeals Court noted that “the judge did not have the benefit of the … decision [in Commonwealthv. Henry, 475 Mass. 117 (2016)], which was issued approximately four months after the hearings in this case.” InHenry, the SJC stated that “‘[a] defendant can be found in violation of a probationary condition only where the violation was wilful, and the failure to make a restitution payment that the probationer is unable to pay is not a wilful violation of probation.’ [Id.] at 121…. Furthermore, the defendant’s mere ability to pay restitution is not enough. Unless a defendant can pay restitution ‘without causing substantial financial hardship’ to herself and her dependents, failure to pay restitution is not wilful. [Id.] at 127.” Here, opined the Appeals Court, the judge’s “findings ‘do not indicate that [he] sufficiently considered, as required, the matter of “financial obligations, including the amount necessary to meet minimum basic human needs such as food, shelter, and clothing for the defendant and … her dependents.”’ Commonwealthv. Vallejo, 480 Mass. 1001, 1002 (2018), quoting Henry[] at 126. Indeed, the record suggests the opposite. The judge appeared to consider [only] whether the defendant had the mere ability to pay…. The judge, without the guidance of Henry, did not consider the defendant’s ability to pay” in the context of the totality of her financial obligations. “Lacking a full consideration [by the judge] of the Henryfactors, the record does not afford a reasonable basis for finding that the defendant wilfully violated the terms of probation.”

If you or a loved one has an order of restitution that is beyond your ability to pay, or if you are facing a violation of probation because of an inability to pay restitution, you will need an attorney who can help you have the order reevaluated under Henry, and/or present an argument to the court that a non-willful failure to pay should not be considered a probation violation. Attorney Daniel Cappetta is a skilled and experienced attorney who is well versed on the law, and prepared to use the Henry decision to help his clients in any and all ways necessary and possible. Call him for a free consultation today.