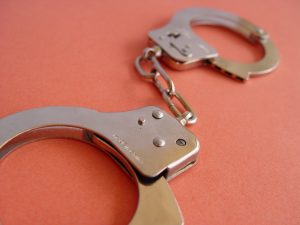 In a recent decision – Finn v. Commonwealth – the Supreme Judicial Court ruled that G.L. c.276, §58A, “permits a Superior Court judge to conduct a dangerousness hearing upon a defendant’s first appearance in that court, regardless of whether that appearance is pursuant to a summons or to an arrest warrant.”

In its decision, the SJC cited its conclusion in Commonwealth v. Diggs, 475 Mass. 79, 80 (2016), “‘that where a criminal defendant has been arrested or is subject to an outstanding arrest warrant for an enumerated offense, the defendant may be subject to pretrial detention under G.L. c.276, §58A(4), even if the defendant is not held in custody following the arrest, so long as the dangerousness hearing takes place “immediately upon the person’s first appearance before the court.”’” The Court rejected the defendant’s position, which “would require the Commonwealth to re-arrest any individual who previously had been released on conditions after a dangerousness hearing in the District Court, or released under G.L. c.276, §58, should the Commonwealth seek a dangerousness hearing following an indictment and subsequent arraignment in the Superior Court.” The SJC opined that “requesting a defendant’s presence in court through a summons is far preferable to arresting [him],” because “subjecting a defendant to arrest is more disruptive to [him].”

Being found “dangerous” pursuant to § 58A is an extremely serious potential consequence for defendants criminally charged with a qualifying offense because it may result in a 120 day detention period.  If you or a loved one has been charged with such an offense and the Commonwealth is moving for dangerousness, you will need an experienced and dedicated attorney to represent you.  Attorney Daniel Cappetta has successfully litigated numerous dangerousness hearings and makes sure that his clients get the best possible result.  Call him for a free consultation today.