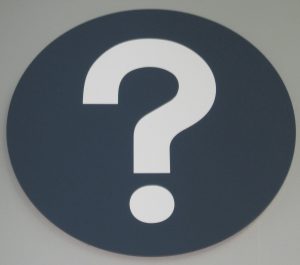 In Commonwealth v. Tiscione, the Court vacated the defendant’s convictions because the judge discharged a deliberating juror “for reasons that were not purely personal to the juror.”

The background was as follows. On the second day of jury deliberations, “the jury submitted a note to the trial judge asking, ‘If we cannot get 12-0, must we vote “not guilty”?’ The judge brought the jury into the court room and instructed them that all verdicts must be unanimous. During the lunch break, a court officer informed the judge that juror no. 44 had removed herself from the jury room, that she was ‘visibly upset, visibly shaken,’ and that she stated that ‘she could not continue as a juror.’…. The … juror … was brought before the [judge] for a colloquy…. [S]he told the judge that [she was upset because] ‘a couple people [were] being argumentative,’ [and] another juror accused her of ‘putting words in [his] mouth.’…. She acknowledged, however, that she did not feel threatened. The judge spoke with the parties outside the juror’s presence and indicated that, based on her responses, it appeared that the juror’s distress stemmed from her views on the case. When the juror returned, the judge made further inquiry. He noted that the juror was ‘emotional,’ and asked her about it. The juror responded by listing several family members and the health issues each was experiencing…. She stated that she ‘[felt] like [she] should be with family,’” instead of in the jury deliberation room, where “‘it’s just arguing, and I’m uncomfortable.’…. Ultimately, the judge concluded that there was ‘good cause’ to discharge the juror, finding at that time that she had ‘a personal issue,’ that ‘the burdens in her life’ were ‘significant,’ that ‘her personal emotional state … ha[d] overwhelmed her,’ and that ‘she no longer [had] an ability to participate as a juror in this case.’…. Over the defendant’s objection, the judge discharged the juror[,] replaced her with an alternate juror,” and “instructed the remaining jurors to ‘begin deliberations anew.’…. At some point during the renewed deliberations, the [judge] belatedly received a note generated … after the jury had received their supplementary instruction that all verdicts had to be unanimous but before juror no. 44 was dismissed. This note indicated that, despite the judge’s supplementary instruction, the jury had remained deadlocked…. [N]inety minutes after the alternate juror joined the jury, they returned guilty verdicts on all charges before them.” On appeal, the defendant challenged the discharge of juror no. 44.

In its decision, the SJC stated, “During deliberations, a juror properly may be discharged ‘only [for] reasons personal to [that] juror, having nothing whatever to do with the issues of the case or with the juror’s relationship with his [or her] fellow jurors.’ [Commonwealth v.] Connor, 392 Mass. [838,] 844-845 [1984]. ‘Allowing discharge only for personal reasons ensures that such action will not “affect the substance or the course of the deliberations.’” Commonwealth v. Swafford, 441 Mass. 329, 336 (2004), quoting Connor [] at 845 n.4.” The SJC opined that here, because “juror [no.44] stated during the colloquy that her distress was based not on personal issues alone, but also on events that took place in the jury room with her fellow jurors, it was error [under art. 12 of the Massachusetts Declaration of Rights] to discharge her.” In the Court’s view, the error was not harmless beyond a reasonable doubt, because the circumstances “allow for the inference that the removal of the juror had an impact on the outcome of the case.” “[T]here were indications that the jury were deadlocked at the time the juror refused to continue to deliberate,” that the “deliberations became contentious,” and that this contentiousness, “when combined with the juror’s personal circumstances,” “resulted in the juror’s reluctance to continue her involvement.” However, stated the Court, “as ‘uncomfortable’ as the juror may have felt in the jury room, our law does not allow for the removal of a dissenting juror to resolve an impasse in deliberations.”

Ensuring that a defendant gets – and maintains – a fair and impartial jury is essential to the intended functioning of the criminal justice system. Attorney Daniel Cappetta has selected many juries during the course of his work as a trial attorney and knows the appropriate issues and objections to raise to make sure this essential right is not compromised in any way, at any point in the trial process.  Call him for a consultation today.