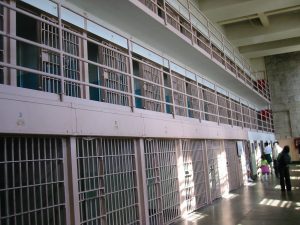 In J.H. v. Commonwealth, the Supreme Judicial Court responded to two reported questions from a Juvenile Court judge, ultimately ruling that: (1) where the Juvenile Court judge found no probable cause for the crime charged (forcible rape of a child) but did find probable cause for the lesser included offense of statutory rape, the judge has the authority under G.L. c.119, §72A, to transfer the case to adult court for a criminal trial on the lesser offense; and (2) in such circumstances, the Juvenile Court judge must first offer the “defendant a meaningful opportunity to present evidence and argument as to why discharge, rather than transfer, of the lesser included offense is consistent with protection of the public.”

The background was as follows. In 2007, when the defendant was sixteen years old and the complainant was thirteen, the two engaged in three episodes of sexual intercourse. The matter was investigated by law enforcement authorities at that time, but the complainant “did not wish to participate in a prosecution…. As a result, the investigation was closed.” It was reopened two years later, but “[t]he complainant again decided not to pursue the matter because she thought that the defendant ‘eventually wanted to be with [her], and at that time [that] is what [she] wanted’ and ‘didn’t want [the defendant] to be in any trouble.’” Five years later, however, when the complainant was twenty years old, she told the police that she wished “to go forward with the case…. Complaints [then] issued in the … Juvenile Court … against the defendant for three counts of rape of a child with force.” Because “[t]he defendant was not apprehended, for the purposes of G.L. c.119, §72A, until” after his nineteenth birthday, a Juvenile Court judge held a transfer hearing. After the complainant’s testimony, which did not include any allegation that the defendant had employed force during the sexual episodes, “the prosecution … sought, for the first time, a probable cause finding and transfer of the lesser included offense of rape of a child (statutory rape). The defendant objected. In the defendant’s argument against transfer, which was focused on disproving the element of force, defense counsel” contended that it would be improper for a criminal court to consider “the lesser included charge … where the Commonwealth had not charged [the defendant] with statutory rape.” “Without addressing the objection or otherwise alerting the defendant that she intended to consider the lesser included offenses, the judge thereafter issued a decision in which she found insufficient evidence to establish probable cause for rape of a child with force on any of the charges but found sufficient evidence to establish probable cause for statutory rape on all three charges. She also found that it was in the public interest that the” case be transferred for a criminal trial on the statutory rape charges in adult court. The defendant filed a petition for relief pursuant to G.L. c.211, §3, to which the single justice responded by reporting two questions to the full SJC: “‘1. Whether G.L. c.119, §72A, permits a Juvenile Court judge, who has dismissed an offense charged for lack of probable cause, to order a defendant to be tried in an adult court for lesser included offenses, where the lesser included offenses are supported by probable cause[; and] 2. Whether, if the statute so permits, its application against this defendant would be unconstitutional for failure to have provided him with proper notice of the charges pending against him or the possibility of such a transfer.’”

The transfer of a case from Juvenile Court to adult court may have extremely long lasting negative consequences. If your child has been charged in Juvenile Court and the Commonwealth is seeking to transfer the case to adult court, you will unquestionably need the assistance of an attorney who can pursue any and all arguments against such a transfer.  Attorney Daniel Cappetta worked as an assistant district attorney in both Juvenile Court and adult court before becoming a defense attorney. As a result, he is familiar with both sides of Juvenile Court cases and is well versed in all the potential strategies that can be employed try and prevent a case from being transferred to adult court, and protect a juvenile from the long term consequences of such a transfer.  Put his expertise to work for your child – call him for a free consultation today.